The chance of a 50lb common!

Fishing for one of the biggest common carp in the UK!

Day ticket or syndicate: To be booked out a week at a time
Realistic catch rate: 1 fish per week
How much: £800 per week (can be split between people) maximum of 3 anglers
Best swim(s): The fish move all over the lake
How do I book: Contact Rich Wilby on 07706 483084
Skill level to catch: Experienced
How busy is it: Quiet!
Location: Dickleburgh, Norfolk
Can you drive to the swims: No
Best method: Keeping stealthy
On site facilities: Toilets, shower block, fridge and microwave
Best bait: Varies
Nearest tackle shop: Diss Angling Centre
Ideal fishing range: 5-30yrd
Average size: 30lb plus
Max realistic size: 50lb

Airfield Lakes is easy to find, situated on the Norfolk / Suffolk border 20 miles south of Norwich just outside the rural village of Dickleburgh. We are approximately four miles away from Diss and five miles from Harleston, just one mile of the main A140 Ipswich to Norwich road.

For SatNav users use the postcode IP21 4PH

See Lewis on film with The Wood Common below!

I would find the Long Common nearly everyday as it fed and moved, with its tail wafting on the surface like a lily pad in the wind.

You’ll need these for your trip to Spitfire! 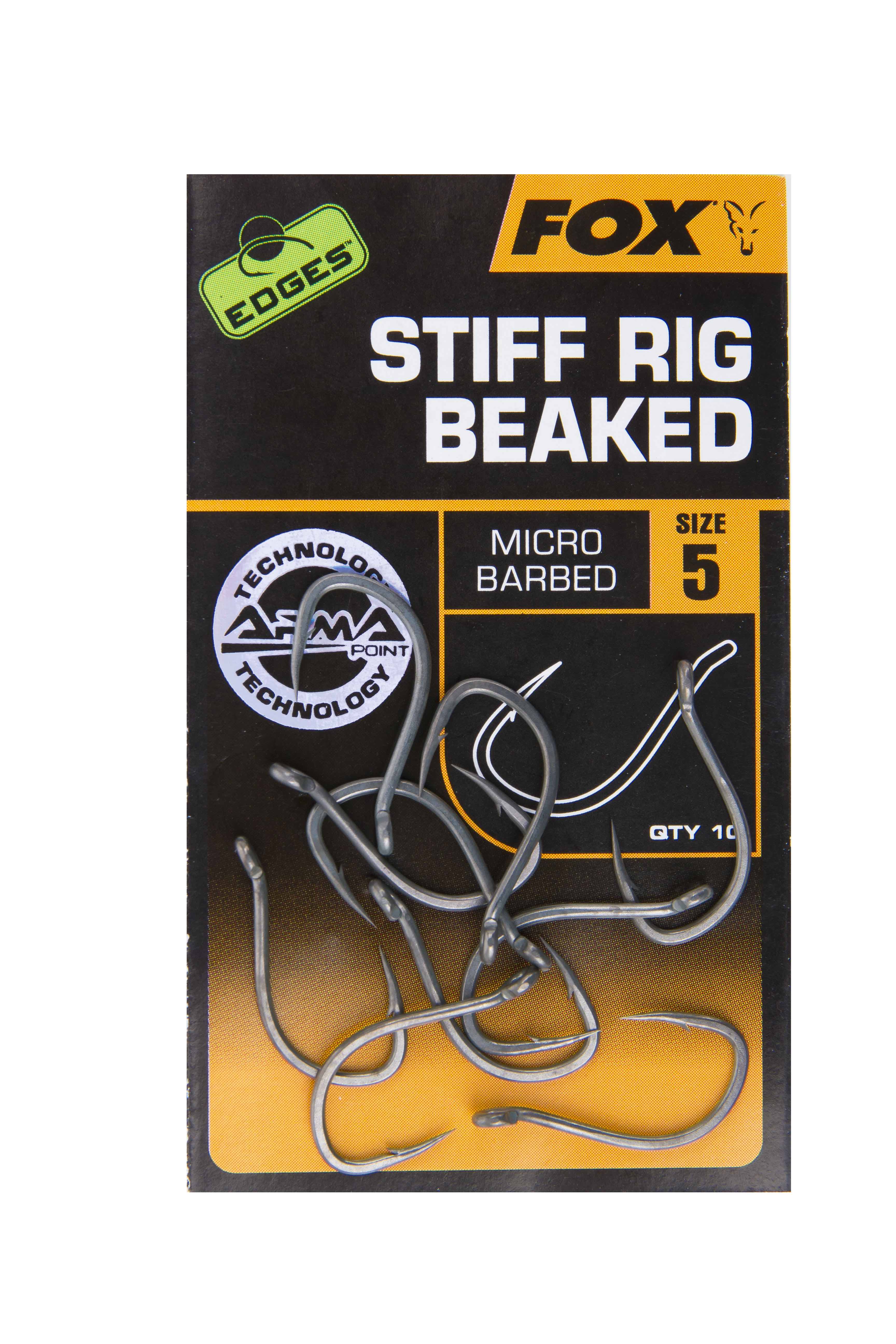 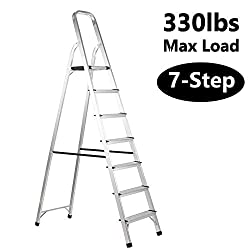 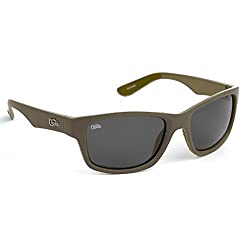 What is Spitfire Pool like, when did you fish it?

I first managed to get onto Spitfire Pool in 2015. I chose to fish there because it is arguably home to one of the best looking, most-sought after common carp in the UK. A fish known as The Wood Common, which had done over 50lb a few times. By 2015, it had only been caught eight or nine times.

The lake is only limited to 16 weeks a year, 8 in the Spring and 8 in the Autumn, so the fish are relatively unpressured and so are always in tip top condition. I was fortunate enough to secure a week in the Spring of that year, costing around £800 for six nights fishing. You are able to split this between up to three people, but I chose to do it alone, mainly to give myself the best chance of catching with no competition and very little pressure. I convinced myself to pay the money by comparing it to a week in France…except with Spitfire I had the chance of a UK 50!

When I first went there were about 13 carp in there. The Wood Common was around the 50lb mark and there was another incredible looking common known as The Long Common which was around 43lb ish, a rare visitor to the bank.

There was also a few more over 30, some mirrors too. Since then, Rich Wilby, the owner, has added a few hand picked stockies taking it to around 15/16 right now.

It is pretty low stock really, but with the lake only being an acre you are never far away from them. That said, those fish know every inch of that one area and so it can make them very aware of their surroundings particularly when anglers are fishing for them. There are times when I could’ve been fooled that there were no carp in there at all, as they concealed themselves under the weed, lilies and other features. Unless that sun comes out it can be very hard to find the fish!

Both lakes are fully enclosed with 5ft chain link fencing that has been designed for the anglers own security and most importantly to keep otters out. There are two ample hard standing, secure car parking areas very close to both waters.The fishery has also built a new spacious toilet and shower block with fresh running water at the back off the car parking areas.

How do you settle on a swim at Spitfire?

There aren’t really any swims as such on Spitfire. There are just gaps in the foliage. It is a very natural lake and left to let nature take its course. I don’t think there are necessarily better areas than others. It really is down to the weed growth. It can take over and consume huge amounts of the lake, in fact sometimes there is only one area that is fishable, making that a huge factor that actually dictates where to fish.

The carp move around a lot. I have followed them around countless times from corner to corner, at times moving into all four at one point or another. In summary I wouldn’t say that there is a best area. The key is to keep mobile, try and anticipate when and where they will move next and have your traps ready and in place before they get there. In my experience fishing where they are, on top of them, doesn’t work. They will spook, easily!

The first year I fished it I was very fortunate with the weather; some nice warm sunshine. Consequently, it allowed me to climb trees to get a good clear view. I also took a set of ladders with me, again, giving me a high vantage point to spot fish in the clear weather, and also to build a clear picture of their patrol routes and favourite haunts. The Wood Common in particular, I was able to watch its patrol route and identify it using a certain channel time and time again, which eventually provided its downfall.

Where is best in Summer & Winter?

The lake is shut in both. The only fishing on the lake is in the Spring and Autumn months to ensure that the lake and fish receive plenty of rest keeping them in top condition. Just to reiterate, they can turn up anywhere on the day so keep your eyes peeled, this is the most important factor. Look for fins breaking the surface, backs out the water, I would find the Long Common nearly everyday as it fed and moved, with its tail wafting on the surface like a lily pad in the wind – it is a bit of a character that one, and incredibly difficult to tempt.

What’s the best rig/bait to use?

I can only talk about my own experiences on the lake as no doubt other anglers have used other rigs to good success on there. I have now done three 3x week sessions on there over the years, catching six fish. Every fish has succumbed to a hinge stiff rig, in conjunction with a white Northern Special pop-up hook bait. I just use some of the Fox ready-tied Chod Rigs with a size 4 hook on and then attach my boom section, which is Camotex Semi Stiff. Most casts are underarm flicks, or even placing rigs off the tips so you don’t need mega stiff hook lengths.

I have never filled it in with bait. You are only fishing for a bite at a time and so I only ever introduced a handful of bait over the top. Both times that I landed the big girl, they were on the same tactics.

Spitfire does contain a large population of Rudd. Consequently, you need to ensure that you are employing a rig that is able to reset itself. They will batter the rig trying to remove the pop-up. By using a hinge, the point of the hook will always have some sort of protection as it wafts above the lake bed. If you opt for a bottom bait on the gravel, you could be asking for trouble. They are that ravenous that your rig may be deemed useless in less than an hour on a bottom bait, because the hook could easily burr and blunt. 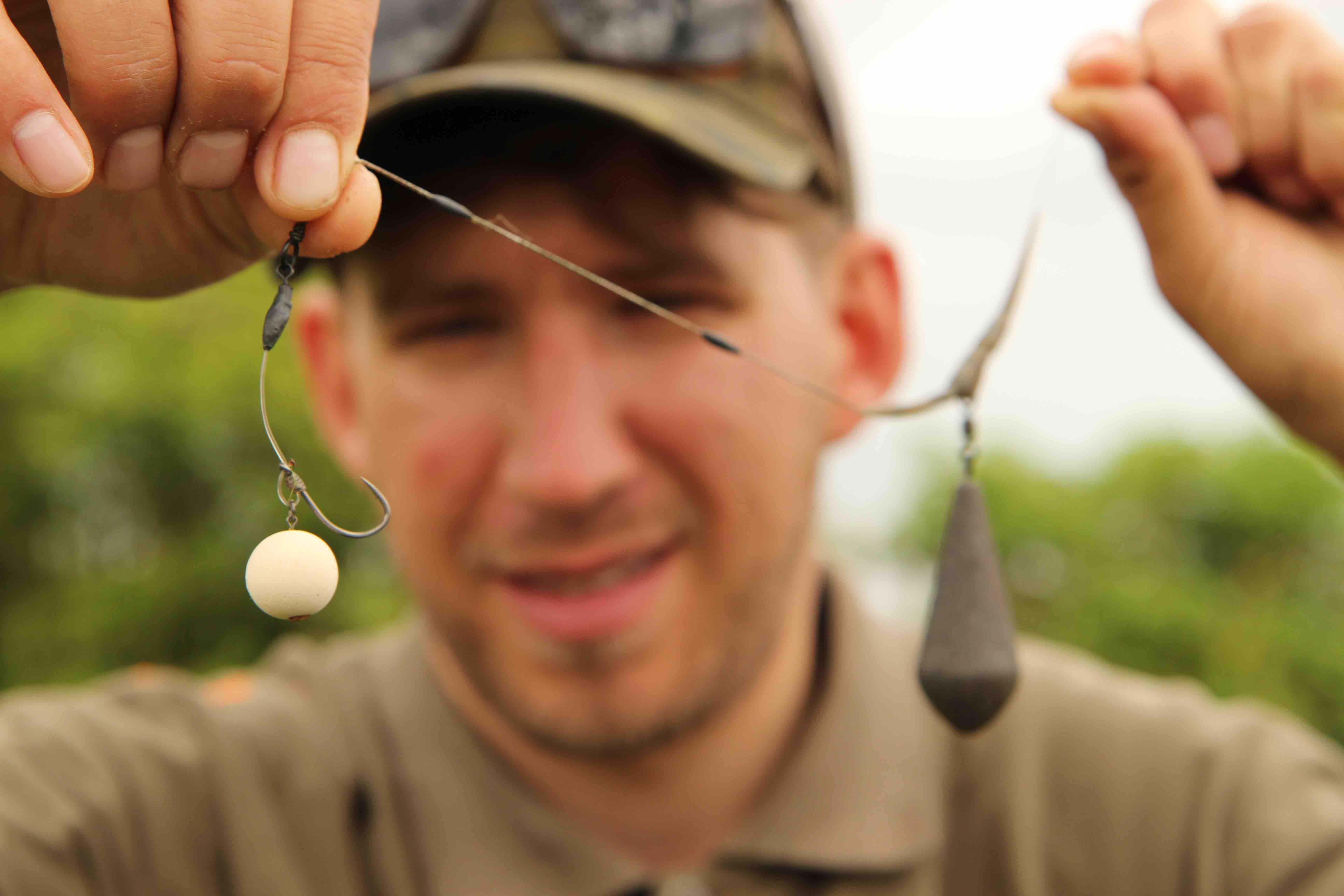 What’s the best bait and why?

They are not big bait eaters, they spend most of their time eating natural food. Due to it being closed in summer, they can spend the whole summer eating natural food, they aren’t supplemented by boilies and pellets or anything, so get used to it. Big hits of bait would get left. Half a dozen baits around a rig is just enough.

Don’t be in a rush to get your baited rods in the water. Spend time watching them, learning their habits and characteristics before hatching a plan. Climb the trees to watch their movements through your polaroids and take some step ladders. This enables you to get high if there are areas without climbing trees and honestly gave me a massive advantage, particularly when the sun comes out.

Use a reliable pop-up rig and don’t go crazy with the bait, you can’t take out what you’ve put in. Setup away from the fish and set your traps before they get there. Learn their patrol routes and try to think one step ahead of them. 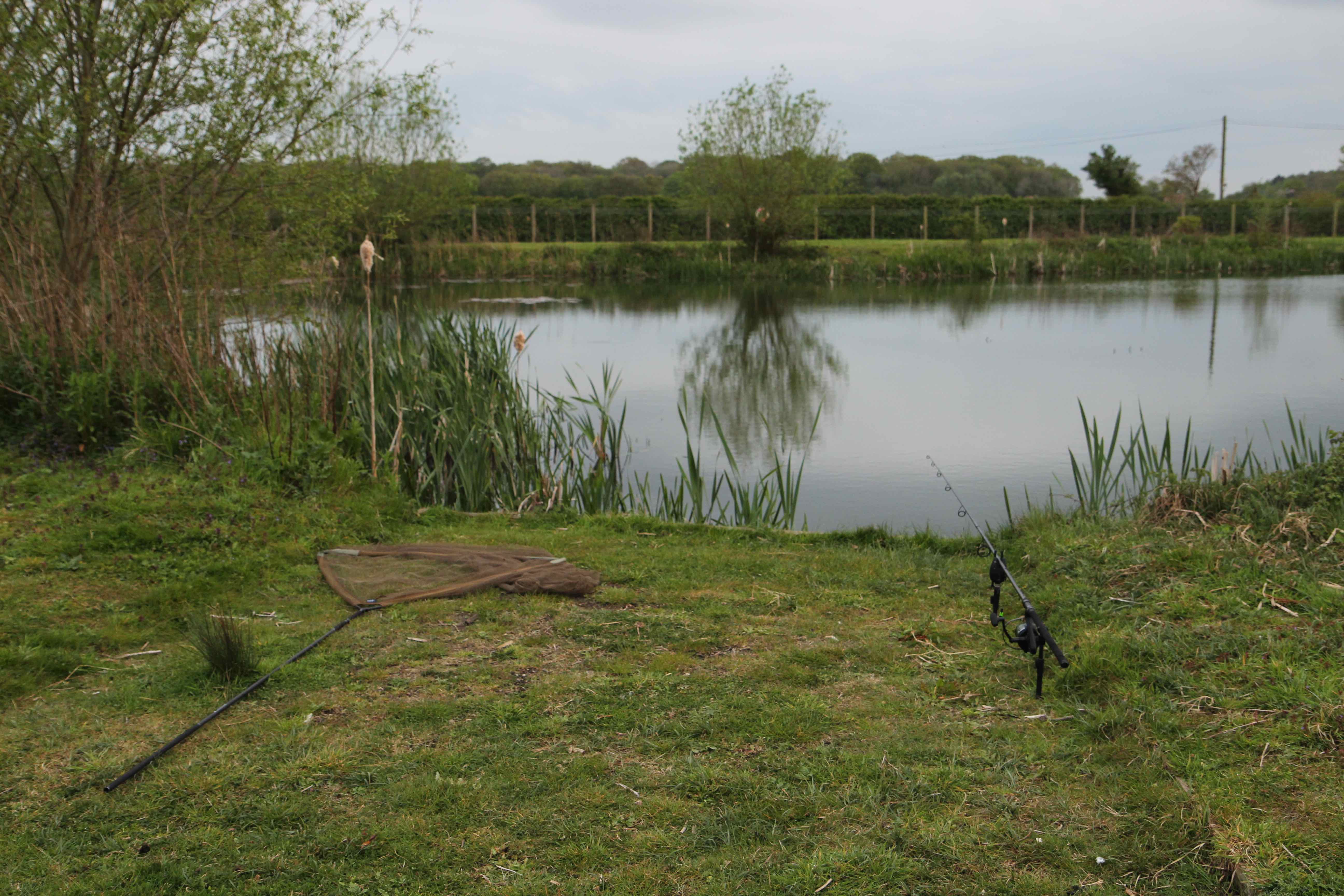 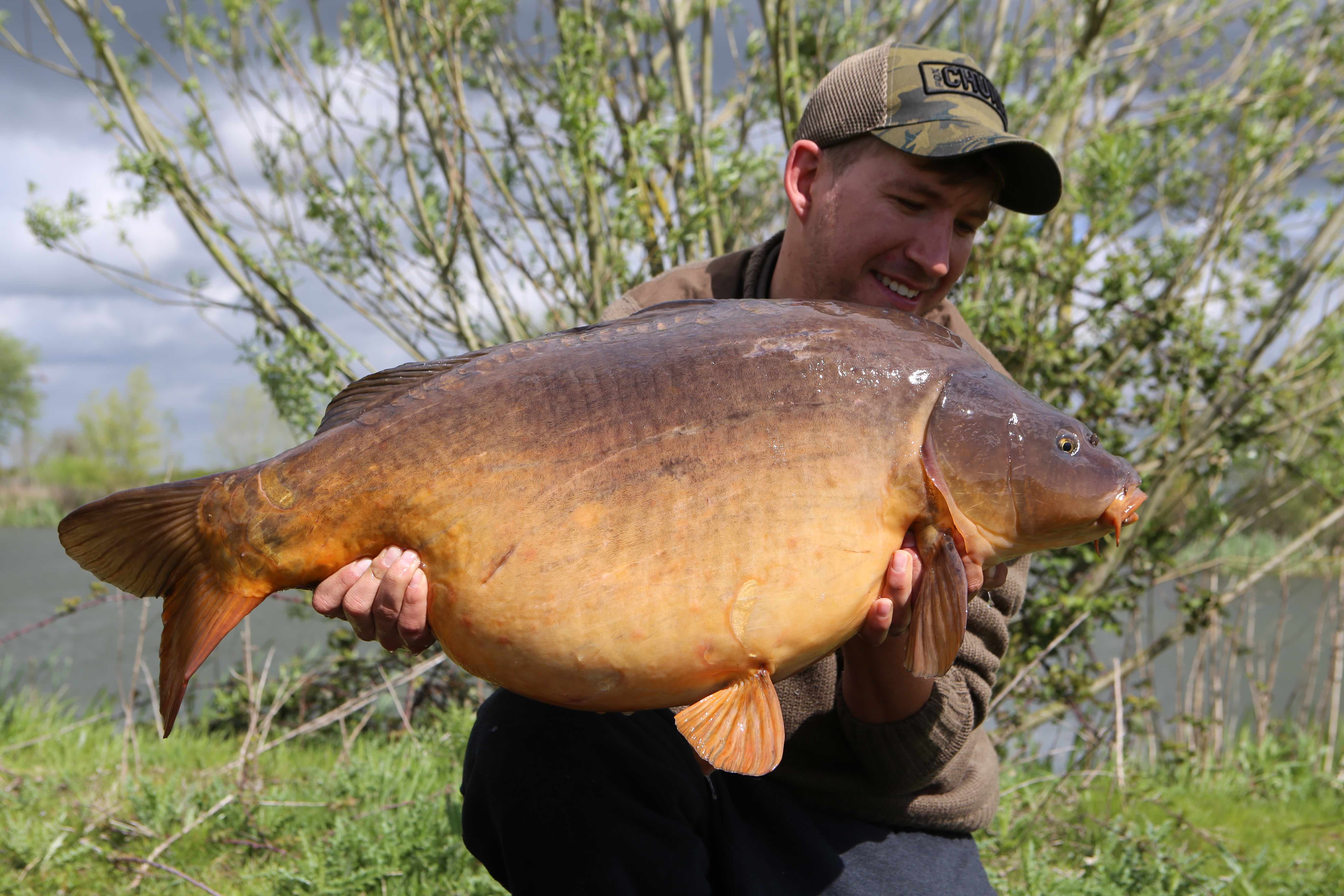 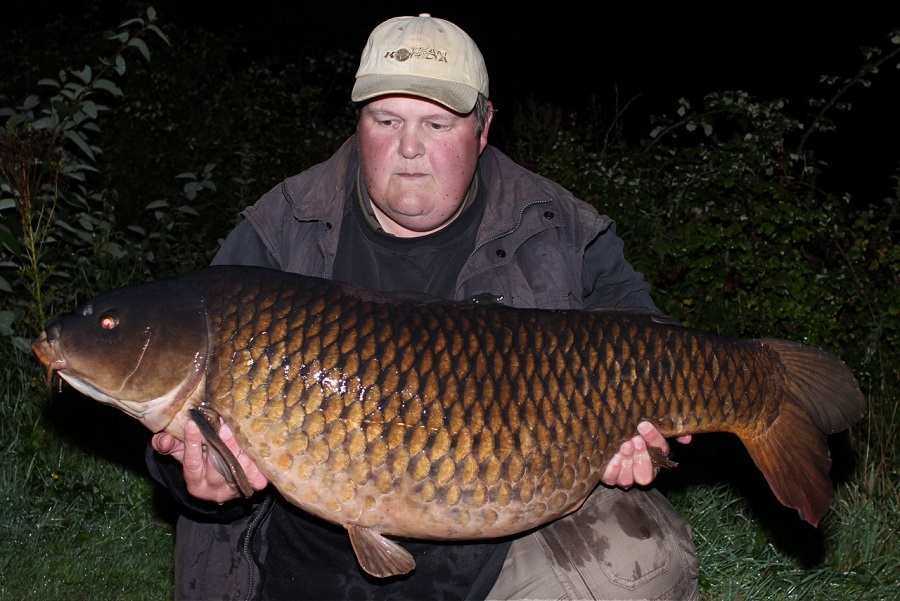 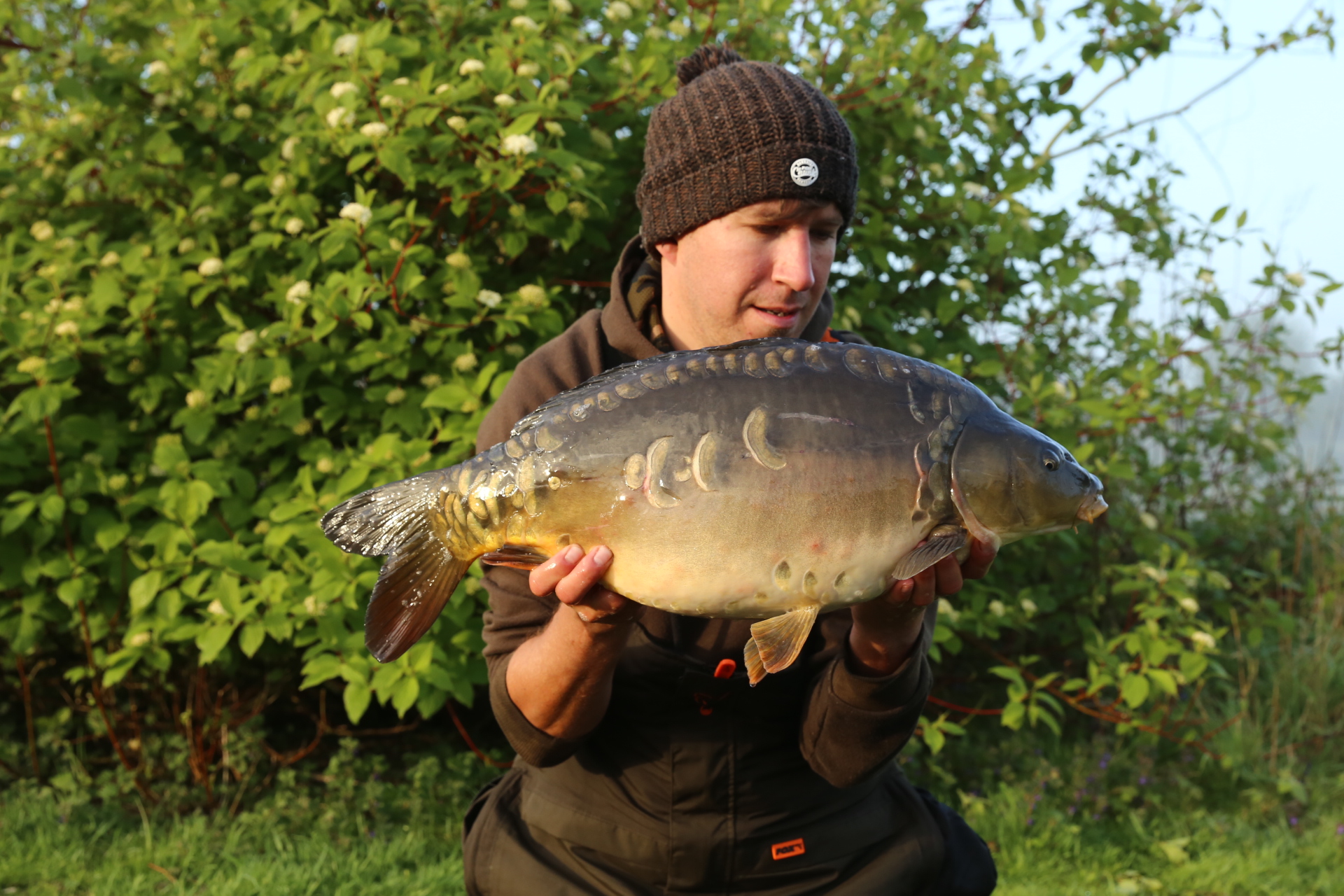 Catch & release only?: Yes!
Are there swim boundaries: No you can fish anywhere
Are mats provided?: Yes, NO mats, slings etc allowed on site
Are bait boats allowed?: No
Are boats allowed?: No rowing boats or wading
Bait rules: Boilies ONLY
Hook pattern rules: No longshank or curved patterns allowed
Fish care rules: Unhooking mats compulsory
Parking rules: No parking on grass, car park only
Rig rules: Safe ones
Can I use spods/spombs?: Yes
How many rods?: Two only
Are dogs allowed?: Yes
Is there an age limit?: Under 16's to be accompanied by adult
Can I use particles: No

I will always hold this lake very close to my heart. It is very special fishing, in idyllic, stunning surroundings angling for several of the countries finest carp. Every capture here should be cherished.

Lewis has huge experience within carp angling and has tempted some of the UK's most respected fish; The Caravan Park Linear, The Wood Common, plus countless others over 40lb.