Fishing for a multitude of strains.

Day ticket, syndicate or holiday booking: Syndicate
Realistic catch rate: Several fish are possible
How much: £600 (waiting list)
Best swim(s): Anthill but depends on the day
How do I get a ticket: Visit www.my.rkleisure.com
Skill level to catch: Intermediate
How busy is it: Relatively quiet
Location: Heath & Reach
Can you drive to the swims: Some
Best method: Varies depending on time of year
On site facilities: Portaloos
Best bait: Boilies
Nearest tackle shop: Browns Angling, Leighton Buzzard
Ideal fishing range: Varies from swim to swim
Average size: 20lb plus
Max realistic size: 40lb plus

Jones Pit is one of the country’s longest established specialist carp and catfish waters. Both waters were stocked with catfish originally from Woburn Abbey, where the Duke of Bedford had first introduced the species to Britain in the 19th century.

Situated near Dunstable in Bedfordshire, the clear waters of its two lakes offer ideal habitats not just for catfish and carp, but also for tench, bream, roach and perch – making it the perfect venue for specimen-hunters and pleasure anglers alike.

See Jack on the impressive Jones Pit below

There are probably 150 odd fish in there now - making it an amazing 20's water.

The lakes at Jones Pit measure eight and three acres respectively, and contain flourishing colonies of catfish, carp and perch. A celebrated inhabitant of the main lake is ‘The White One’, a distinctive white-mottled catfish believed to be a 50-year-old albino.

RK Leisure has backed up this success by making significant improvements to the venue, completing a major restocking, opening up the smaller lake and upgrading parking and access to make fishing here more convenient and enjoyable. These improvements, along with a recent string of venue record-catches, spell good things for all types of angler. With weights rising and three recent catfish landings at 65lb+, Jones Pit holds out the prospect of some stunning catches.

History Behind You Fishing Jones Pit, What’s It like?

I have fished Jones on and off since I was around 15 years old. I generally go back these days in the winter months because it is notorious for fishing in the cold. The pit itself boasts snags, overhangs, and island, marginal cover; lots of different features for the carp and angler to target/visit. The bottom has plenty of features; depth variations. bars, silty gullies – it’s an interesting water to target that is for sure.

The stock is very exciting too, a real box of chocolates. When Cemex originally had the lake, it only had around 60 carp – 30 originals that dated back to the 80’s, and then the rest were stockies at the time from Fishers Pond strain. Since RK have taken over the lake they have increased the stock with VS fish, some Priory fish I believe which are thriving. There are probably 150 odd fish on there now – making it an amazing 20’s water with many of them upper twenties.

There is also a decent head of thirties between 12-15. The biggest fish is a mirror that goes over the 40lb bracket. The nicest looker for me would be the big common, an upper thirty.

A handful of originals do still reside in the lake; one known as The Big Plated which his usually 33 odd and some others. 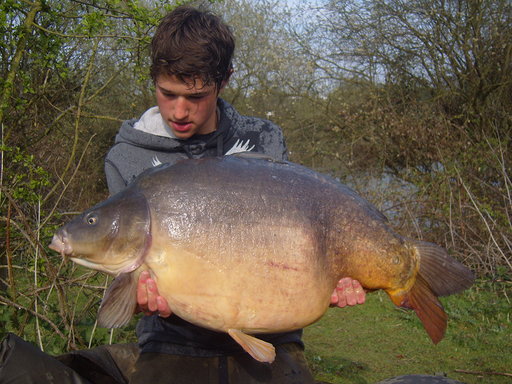 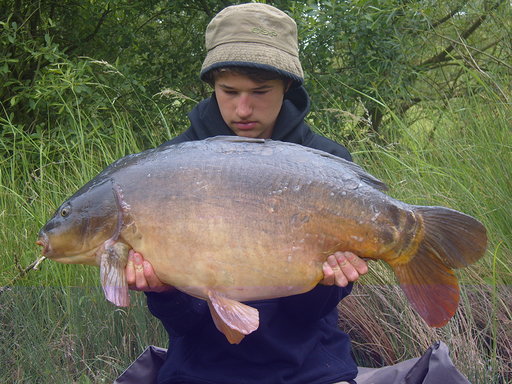 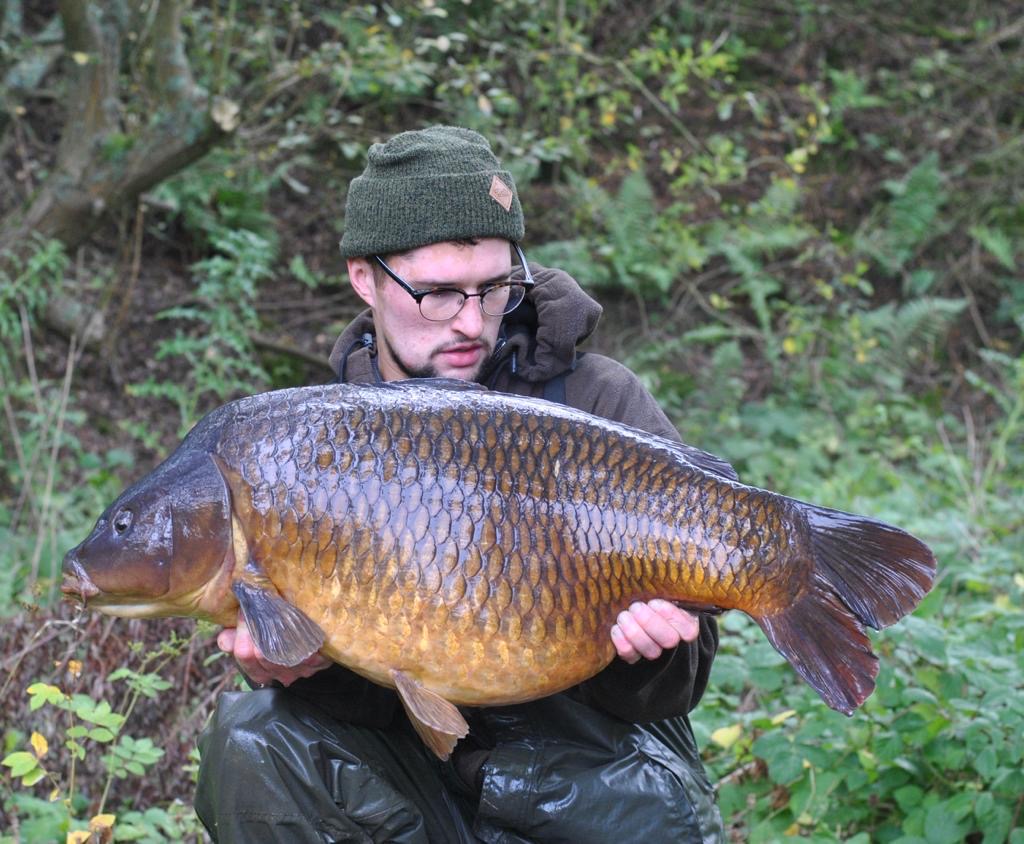 How Do you Settle On A Swim

It really depends on the time of year. During winter months, the best swims are the ones that offer you open water – back of the point, Anthill, Killer Cat, Double, all good areas during the colder temperatures. In fact, they are superb all-year round in all honesty, I would just vary the tactics a bit. Zigs can be fantastic in spring and summer as can beds of bait. It pays to keep flexible with your approach.

The Anthill and Point are great options in open water. The Back Of Point boasts an old sunken island. It’s only short range but you can find some lovely rock hard areas on top of it. A very good area in the cold.

In the heat of summer, I would avoid all open water swims and concentrate on areas that offer deep margins and snags. The Bay is a great swim with a little inlet pipe that they love. It’s also weedy there, along with a swim known as Deadmans. It’s all about deep margins and snags – cover! 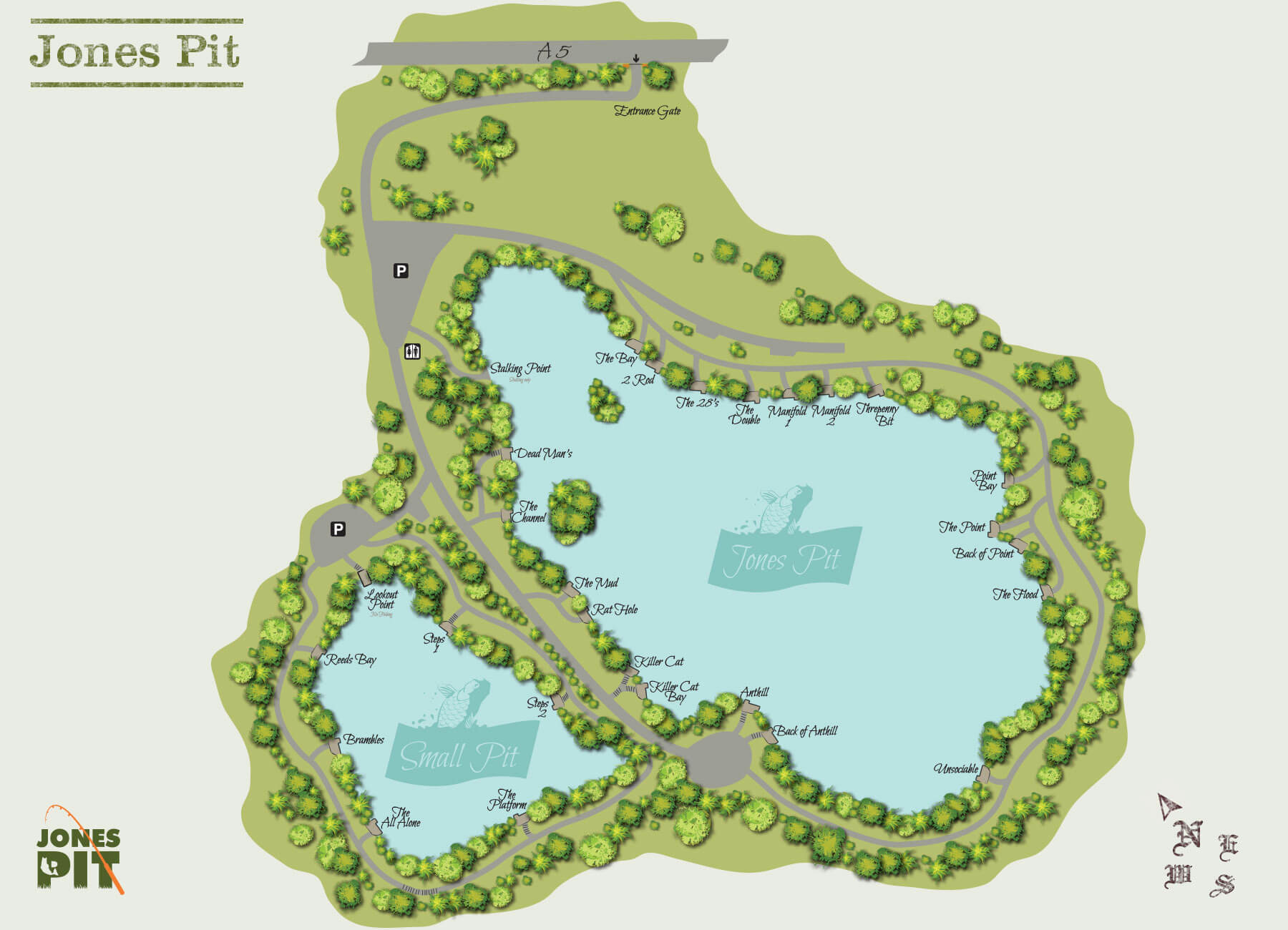 Prebaiting without a shadow of a doubt, all year round really. I am lucky in that I don’t live too far away from Jones so I can visit the lake frequently to bait up. I choose a couple of spots that I know and have seen fish frequent (depending on weather etc) and bait them up 2/3 times a week. I don’t got overboard with bait, it’s all about little and often. Everyone that succeeds on Jones are the effort anglers who visit regularly to look and bait up.

In winter and spring, zigs and singles over the prebait can be a successful tactic. By that I mean prebaiting prior to the session, then fishing singles over the top when you return. The fish in Jones love a bright one and so most of the time I will be using a pop-up of some sort. A hinge or Ronnie rig is suffice with a Northern.

As it gets warmer and I am starting to introduce more food baits, I would switch over to more of a match the hatch style presentation again a pop-up but with a food bait.

Come winter, I switch over to a creamier, sweeter bait, such as Live System. Something more digestible and one that passes through them easily. 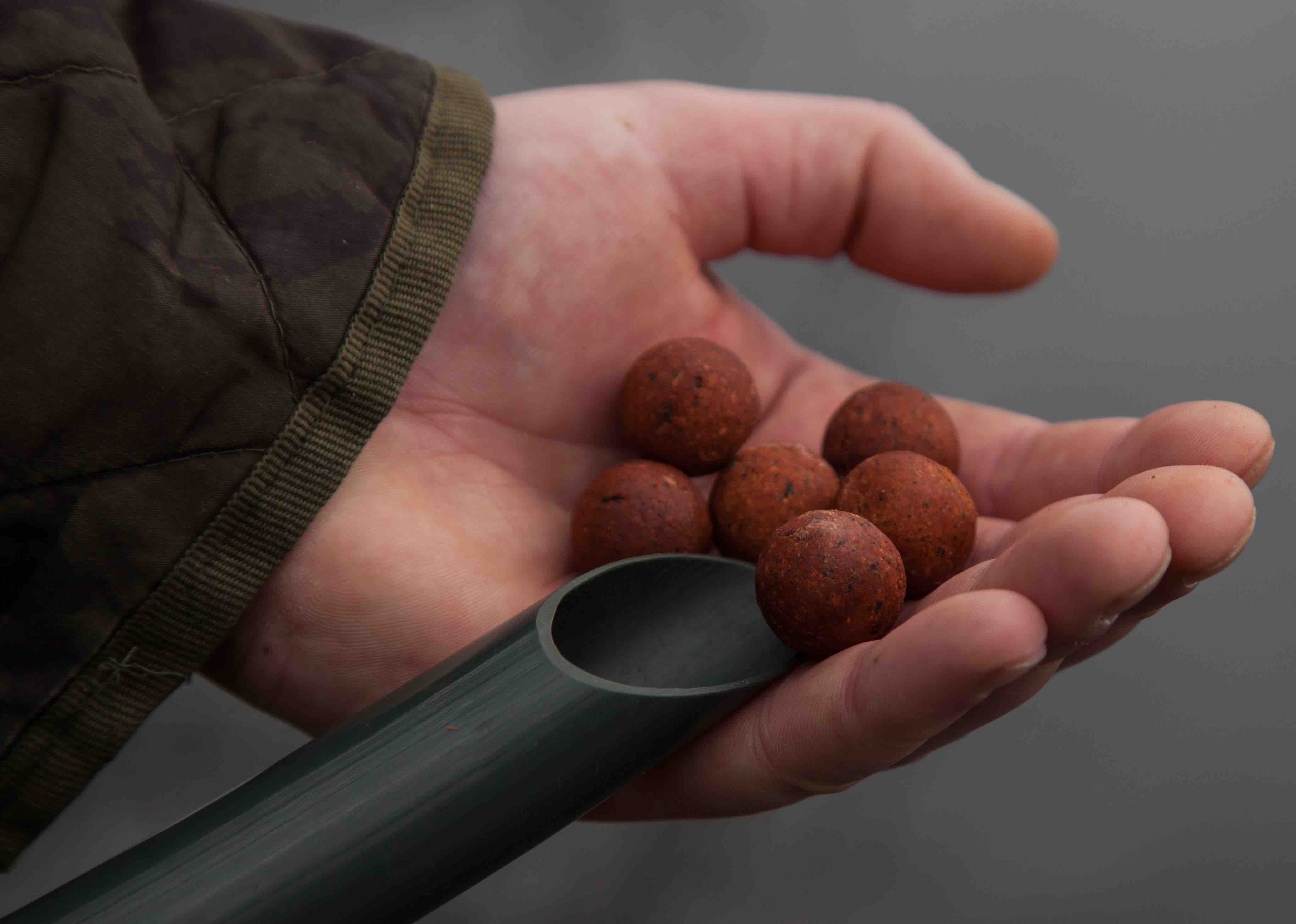 Like I said prebait. You don’t need to go mad, and always be mindful of other anglers, but half a kilo of bait introduced regularly to a few different spots can keep you catching consistently throughout the year. 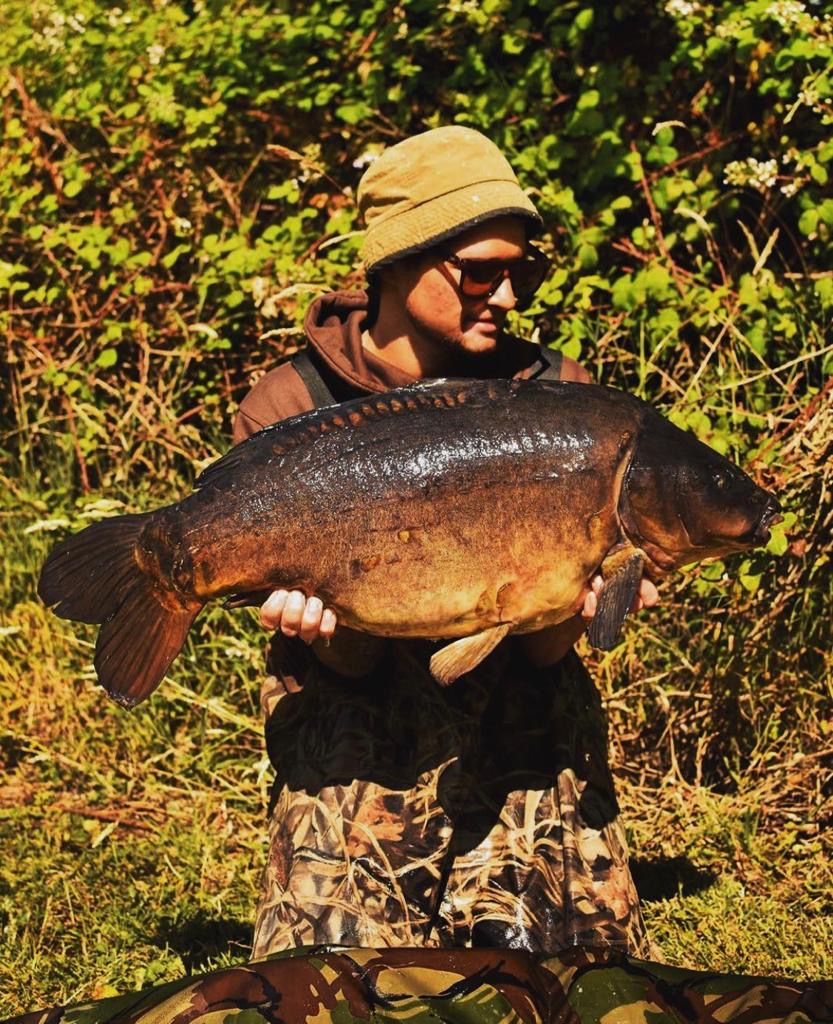 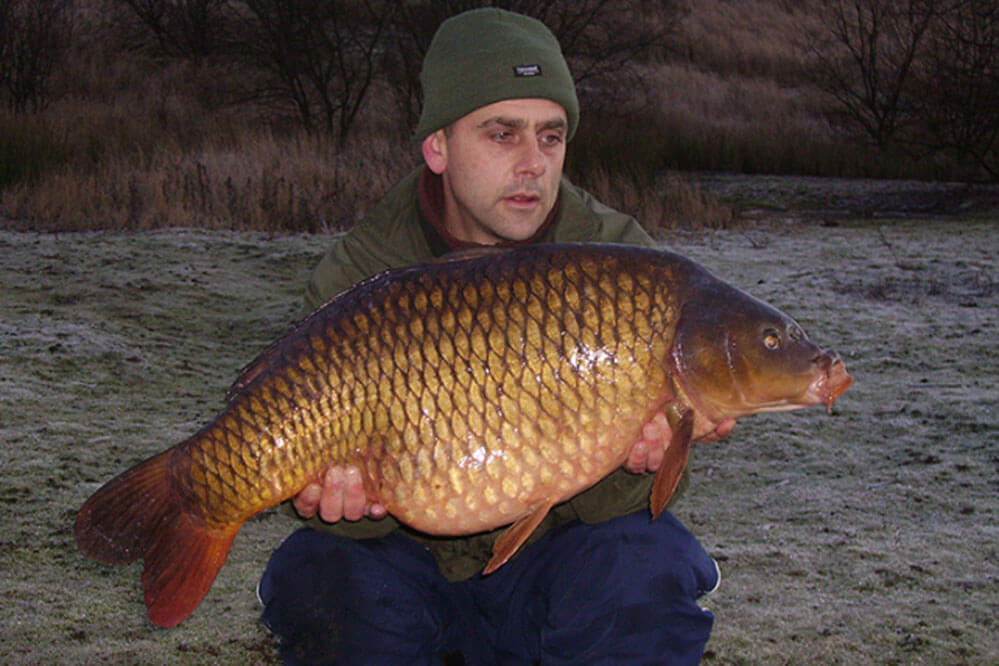 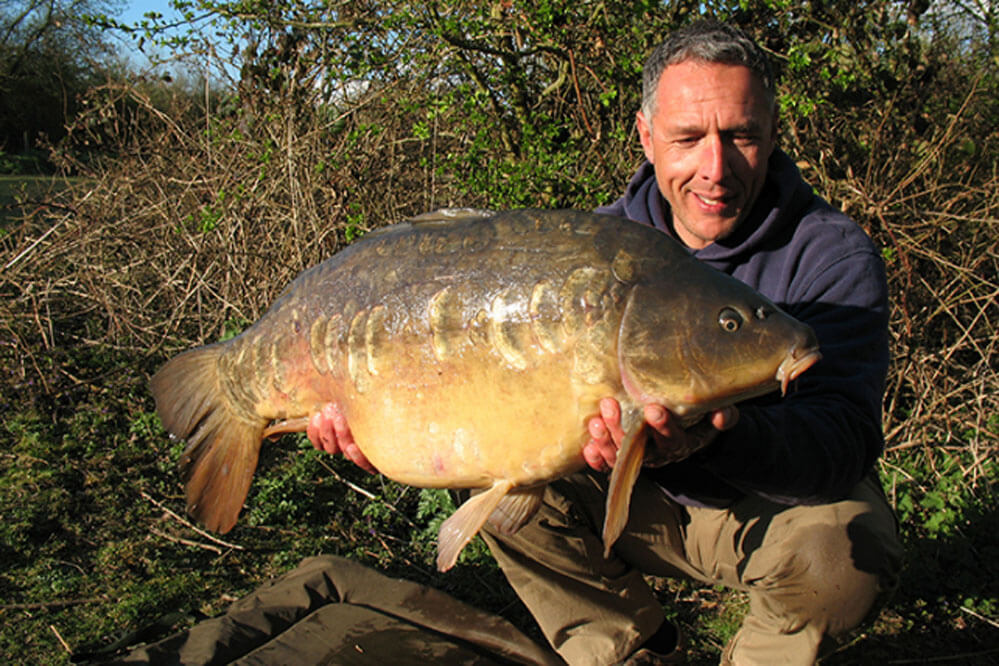 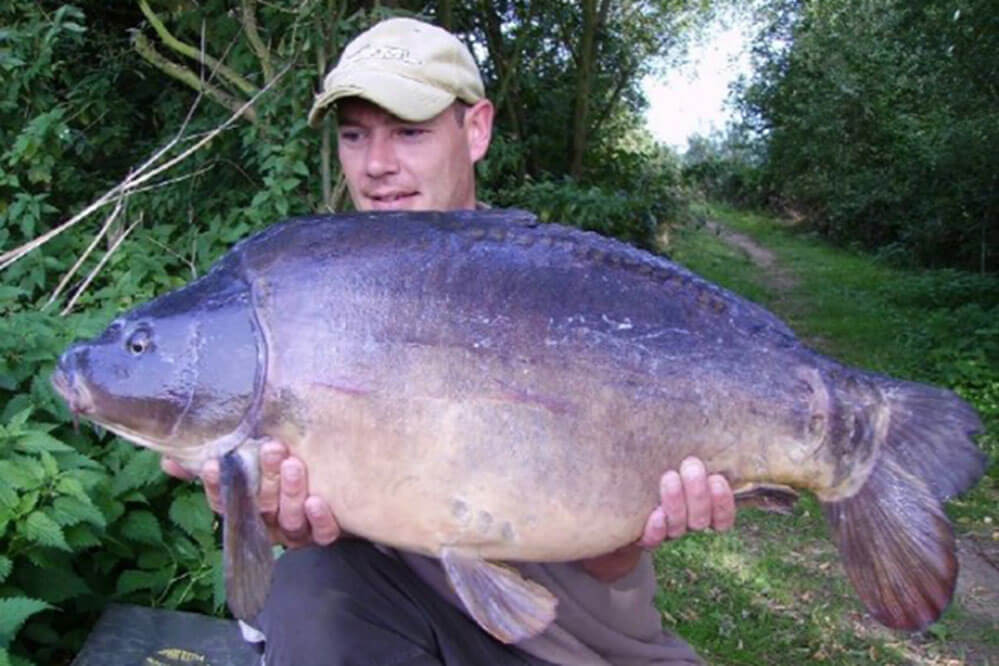 Catch & release only?: Yes!
Are there specified swims: Yes
Are mats provided?: No
Are bait boats allowed?: No
Are boats allowed?: No
Bait rules: No maggots, whole nuts only as hook baits
Hook rules: Barbed ONLY
Fish care rules: Unhooking mats compulsory
Parking rules: In designated places
Rig rules: Safe ones
Can I use spods/spombs?: Yes
How many rods?: Two for most of the year
Are dogs allowed?: Yes, under control on a lead
Is there an age limit?: Under 16's to be accompanied by adult
Can I wade?: No wading allowed

You’ll need these for your trip to Jones Pit! 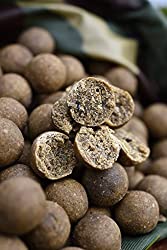 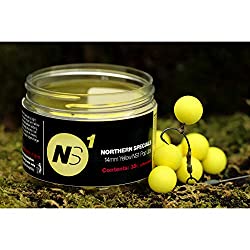 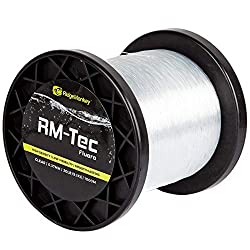 One of my favourite lakes of all time that I really reflect on with such fond memories.

Jack Brown runs Browns Angling. He is very well known/respected around the Bedfordshire area and has plenty of incredible carp in his album.

Value for money
Fish condition
Onsite facilities
Would you return