Willen Lake is never asleep! There is always something happening, but not necessarily on the rods. The water is particularly challenging, but the rewards are there for the angler wishing to put in the effort.

CHANCE OF A PARK LAKE PB!

This challenging park lake will provide many with the chance of a very respectable personal best with fish to nearly 50lb.

Day ticket or syndicate: Club ticket from MKAA and day tickets available on the bank
Realistic catch rate: 0-1 fish per week
How much: Adult -£45, Adult 3 Rods - £58, Senior - £30, Senior 3 Rods £41, Day Tickets £8
Best swim(s): Varies
How do I get a ticket: From www.mkaa.co.uk or on the bank
Skill level to catch: Expert
How busy is it: Busy at weekends, midweek slightly quieter
Location: Willen, Milton Keynes
Can you drive to the swims: No
Best method: Fishing at distance with large boilies
On site facilities: None
Best bait: Fishmeal boilies
Nearest tackle shop: Angling Direct MK
Ideal fishing range: 100yrd plus
Average size: 15lb-20lb
Max realistic size: Upper 40

Willen South Lake is found on the popular Park that sees families, runners and the like on a daily basis.

I grew up walking the banks of Willen, playing in the parks, rowing in the boats and float fishing for perch so I have a lot of love for the place.

Be prepared for non-stop runners, cyclists, dog walkers etc because you will be bivvied up on the path. However, for all its difficulties, there are some truly incredible carp lurking in its depths.

What You Should Know!

Willen isn’t for everyone, you should know that the park is NEVER quiet and that it IS NOT for faint hearted.

Walkers, cyclists, running clubs, dogs etc are always present and can interfere with your angling.

The lake is also situated in the middle of Milton Keynes so be prepared that it may not be the safest lake around.

Although I have NEVER had any problems there, I often hear members of the public walking the banks in the early hours of the morning, so just a warning. 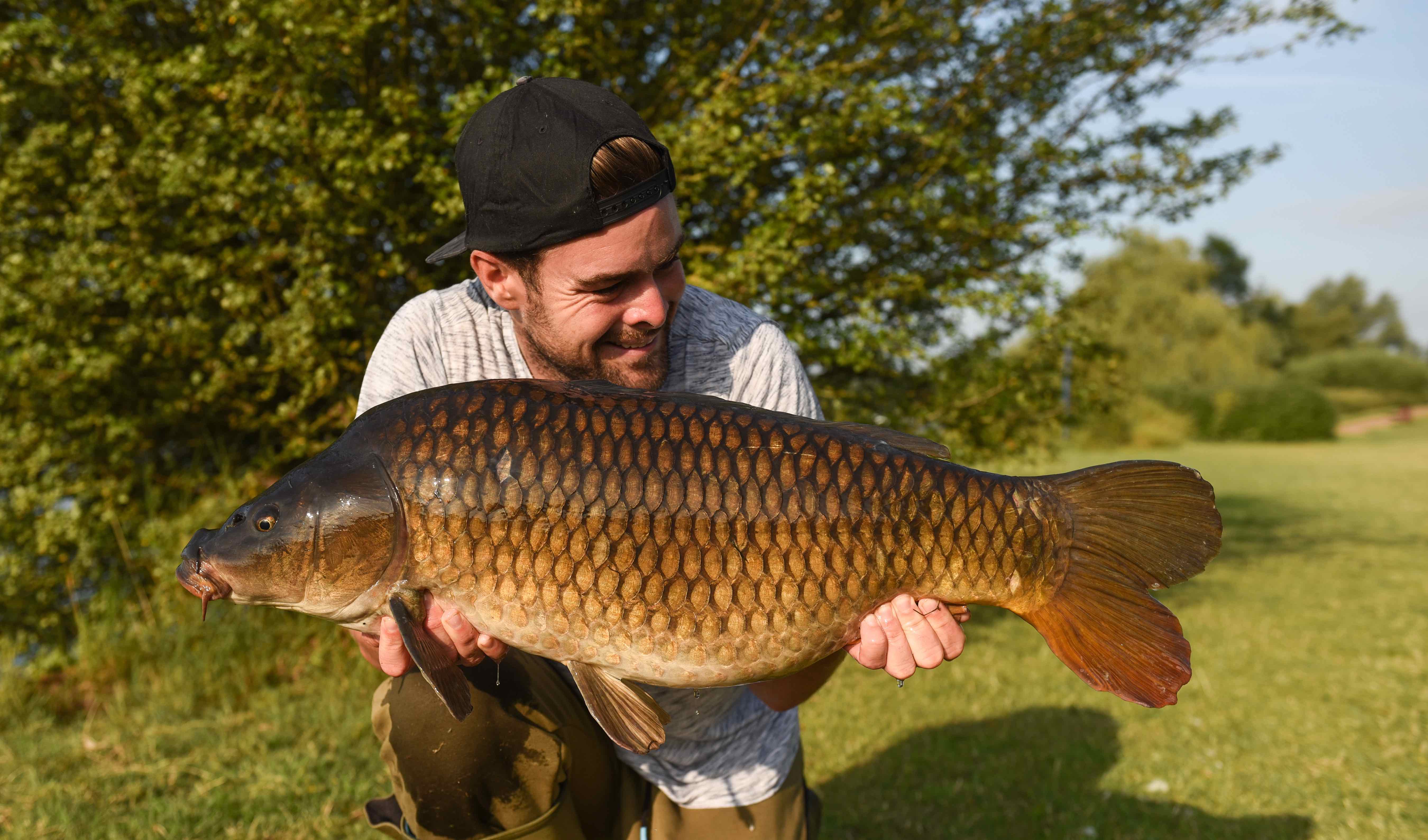 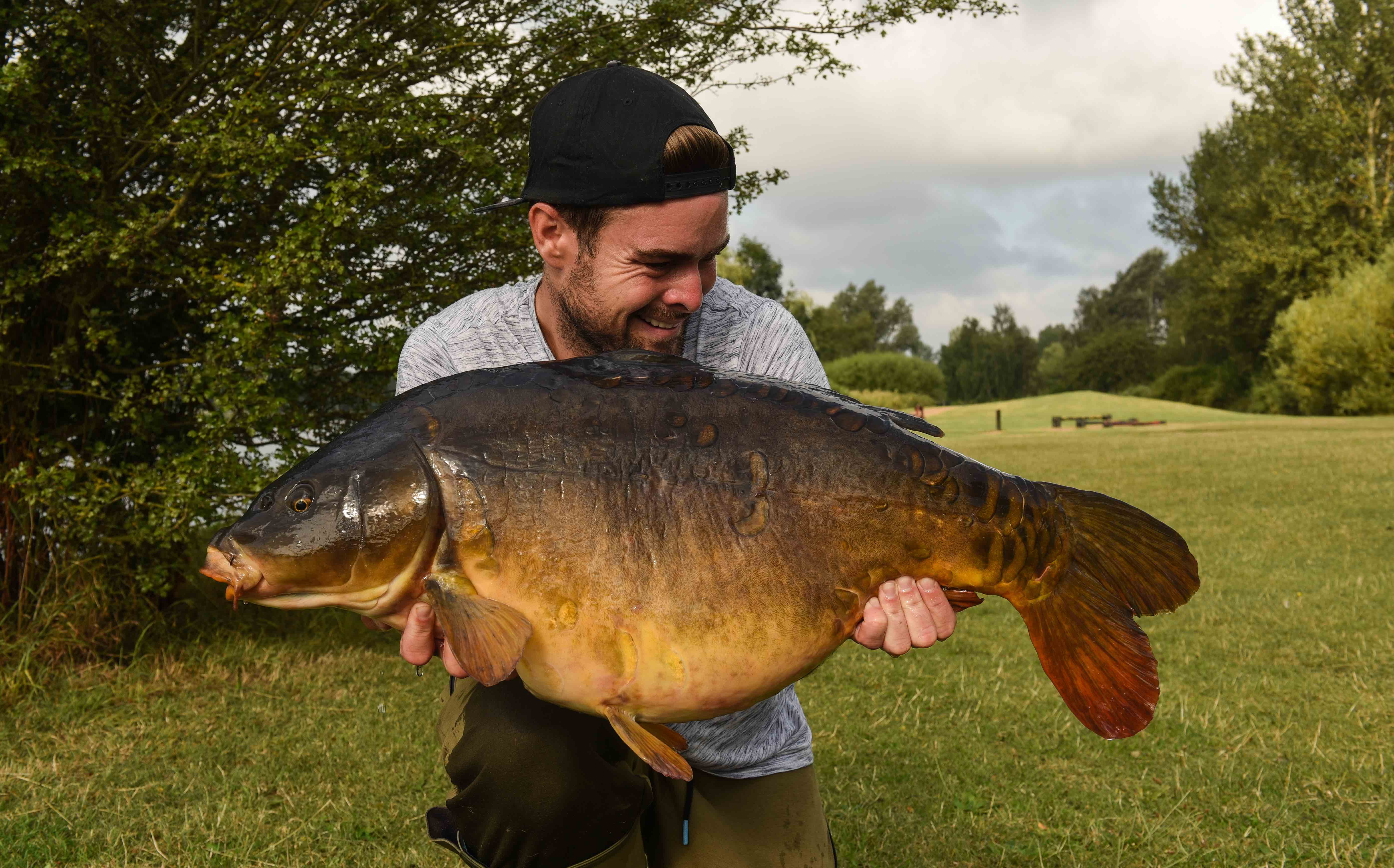 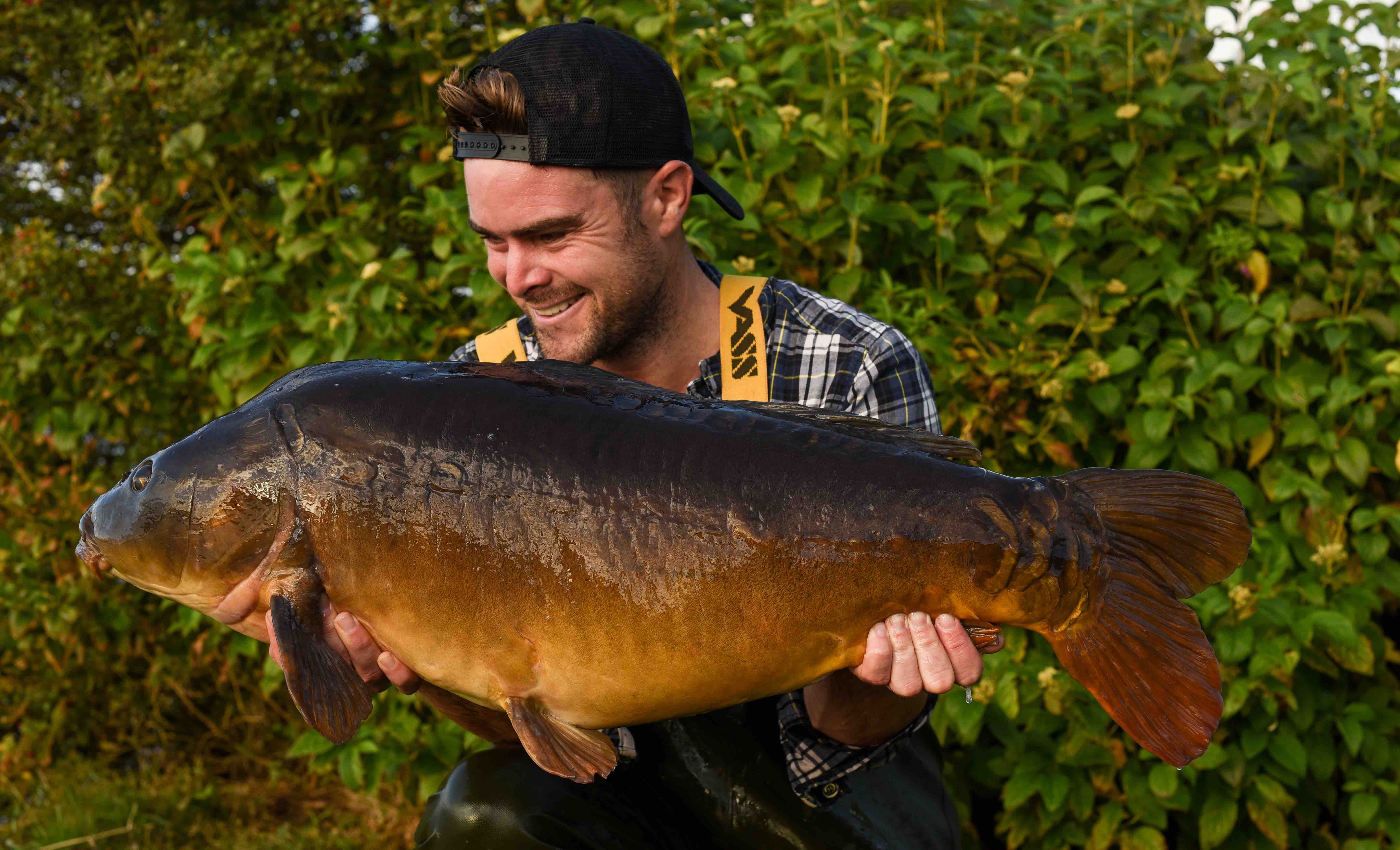 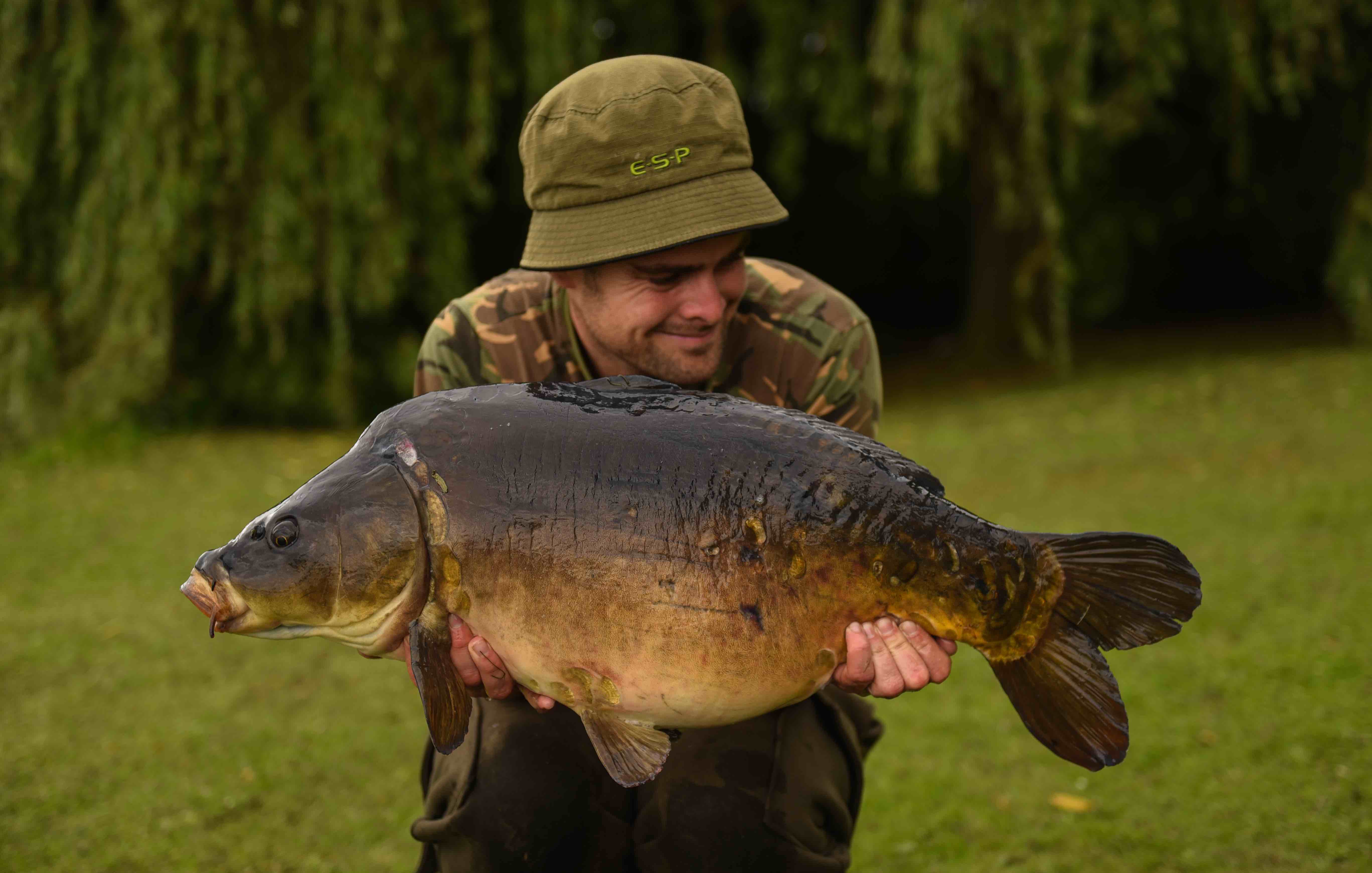 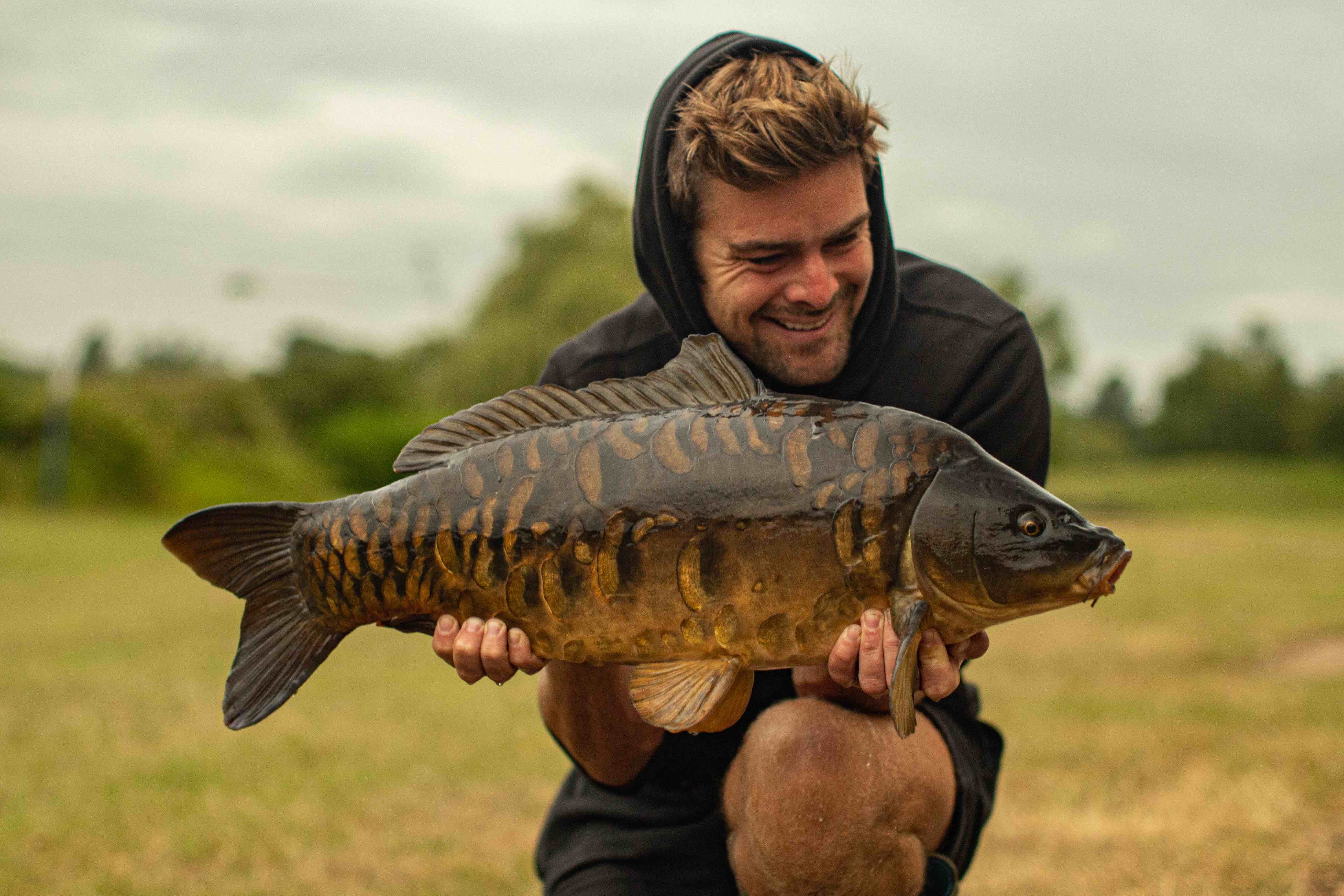 The fish love to move on a strong, warm wind.

What is the lake like and how should I fish it?

The lake is big, very big! At around 60 odd acres in size it provides a challenge.

There is a long, non-fishing bank where members of the public feed the ducks and the boats set sail from.

Of course this is where the fish spend much of the time.

On a warm, summers day, you will find the fish cruising just below the ducks feasting on any bread that may have sunk. Of course, you cannot fish here, but it is nice to see your quarry at close quarters.

The lake is shallow pretty much all over, it boasts a very sandy bottom, but can get weedy in the height of summer. In fact, it is so shallow that the boaters can be seen standing up in the middle of the lake in certain areas.

The two banks that are available to anglers are known as The Road Bank and The River Bank.

There is also one swim known as The Beaches up near the water sports area which can be fished if you are part of the syndicate which can be applied for with MKAA.

The Riverbank is slightly deeper than the rest of the lake and can provide action all-year round, although this tends to be my favourite area from August onwards.

It was actually the bank that I tempted my PB from, The Big Common at over 48lb in November 2018. Carp can be caught all along this bank. 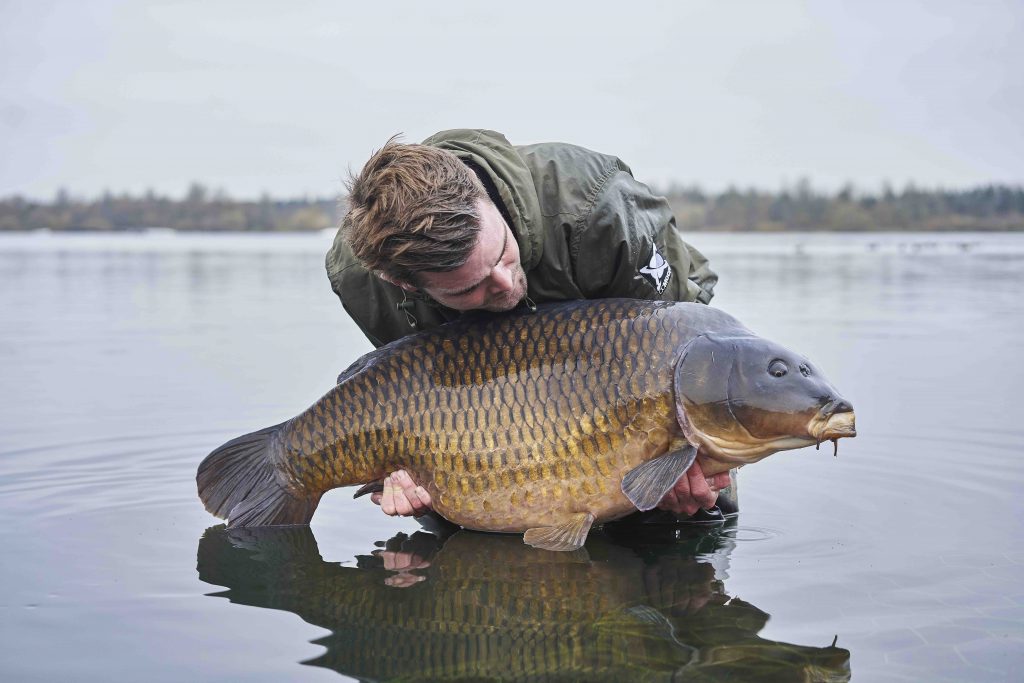 Like many big-pits, and especially Willen, pre-bating is a tactic that I employ WITHOUT FAIL.

If I don’t prebait then I really do feel like I am pis***g in the wind.

It is huge in encouraging and attracting fish to feed regularly in certain areas of the lake.

The way I do this, is to first of all locate areas that they like to feed, preferably plots that don’t get fished heavily.

I personally like to mark up areas of open water that I can continually feed every two to three days.

Look for a reasonable amount of depth where you have seen fish show and keep it going in.

Bear in mind that there is a large head of bream in Willen so use large Boilies and tiger nuts otherwise you may find that you are just feeding slimy slabs.

I have been a victim of this and trust me, you don’t want a shoal of 10lb bream moving in on your session, they are nigh-on impossible to get rid of!

Here is a secret map that I’d like to share with you all, which can show you the depth variations.

With Willen being such a large, vast pit, you can do some miles in a session, especially if you are to angle well and keep in touch with the carp’s movements.

If you take the kitchen sink, then it will make moving a chore, giving you far less motivation to up sticks should you see carp showing in front of another swim.

If the carp show in Willen, you have to get on them as showing fish generally mean feeding fish!

Consequently, I keep things minimal. I take my rucksack, which contains all the essential items of tackle, camera, buzzers etc; my quiver holdall which houses my rods and also contains my bivvy, a bedchair which the sleeping bag and pillow fold up into, and finally bait, food and unhooking mat. This is all loaded onto a barrow for easy movement. 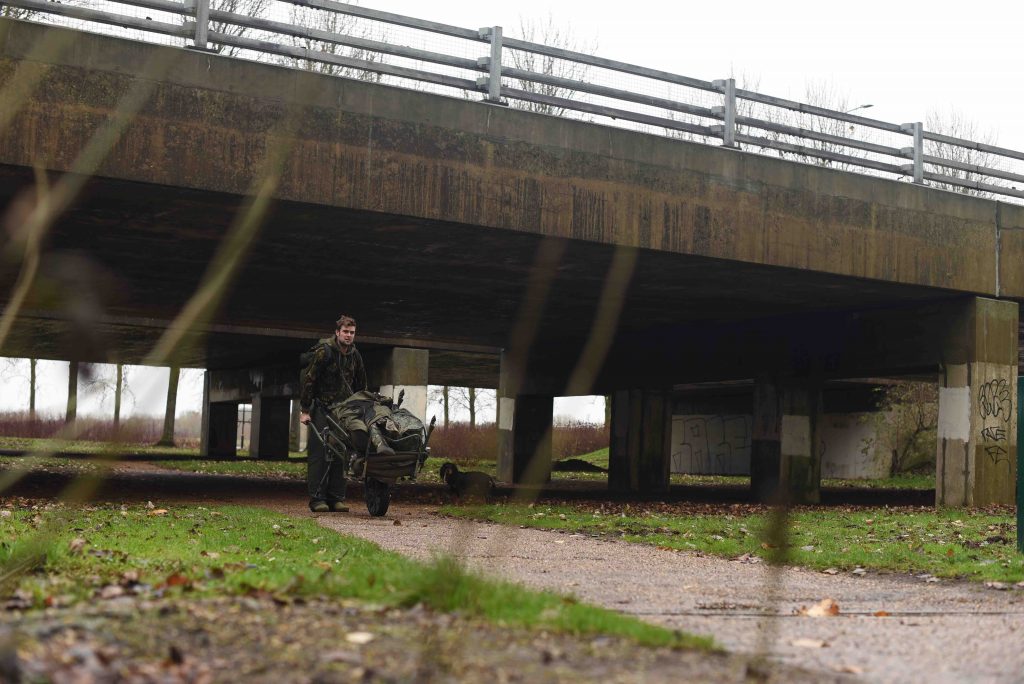 What are the best swims?

This is a difficult one to answer because the fish do like to move and with such limited access, you will often find them in the out of bounds.

Early in the season, springtime, the fish love to spend time along the restaurant and boating side of the lake.

As I said, most of this is out of bounds but if you are a syndicate member of the Beaches then you have a great chance fishing tight to the pylons in springtime.

I have had some fantastic fish from this swim mainly because it is much shallower.

As the season moves on, the fish do push out into the deeps and so the Riverbank becomes a great area to target, particularly placing baits in the old riverbed.

This runs around the whole lake and is generally found at around 30yrd from the bank. This is a slightly deeper area and the fish love to feed there. 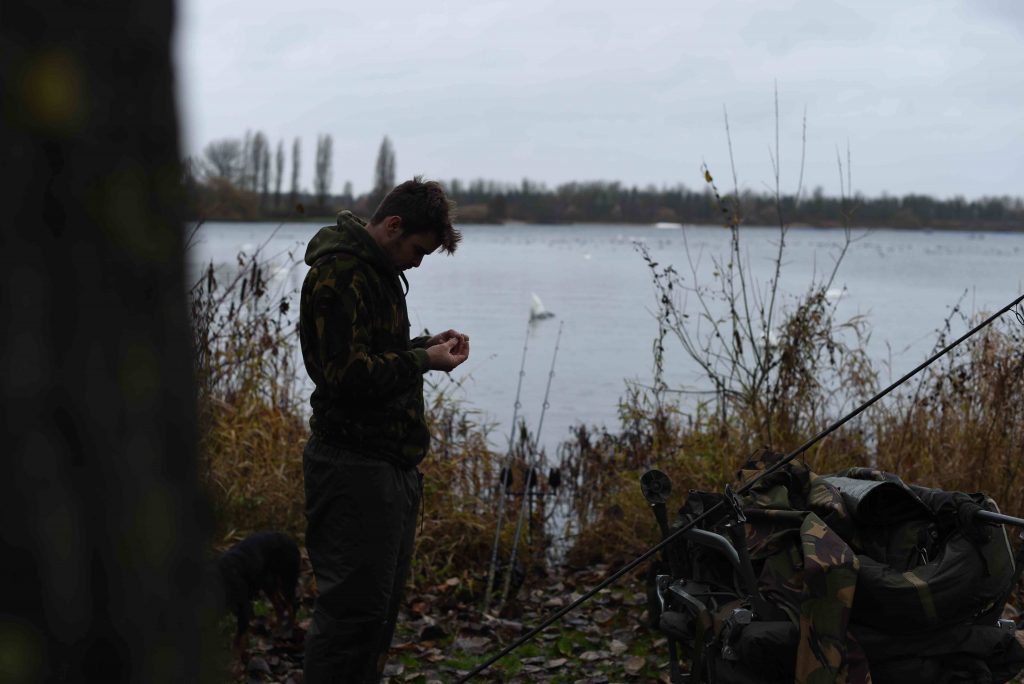 What tackle & rigs do you need to target the big lake?

If you decide to take the plunge and tackle Willen, then your gear certainly needs to be up to the job.

It can be very demanding; with weed, strong winds, underwater objects and some very hard-fighting, large carp.

Consequently, I suggest powerful rods in the 3lb plus bracket, preferably 3.5lb as sometimes you need to be punching 4oz leads into the teeth of a wind.

Couple these with some trusted big-pit reels, loaded up with braid. I prefer a nice supple, casting braid because as I said, sometimes you need to cast into the wind and at distance.

I employ 4oz leads at all times. In savage crosswinds, anything less may be pulled out of position in the tow.

In terms of rigs, I have always done well on a simple pop-up presentation; a hinged stiff rig or a Ronnie.

This is due to the fact that it can take several casts to get the rigs on the spots and I am confident that either won’t be tangled and will be sitting proud of any lake bed debris.

Not only that, they have a great track record of hooking big fish efficiently.

The rigs are attached to helicopter arrangements.

Again, I want something reliable that I know won’t tangle.

When the weed gets up, I will use them in conjunction with a Korda Heli Safe which allows the lead to be ejected should it need to be in the weed. 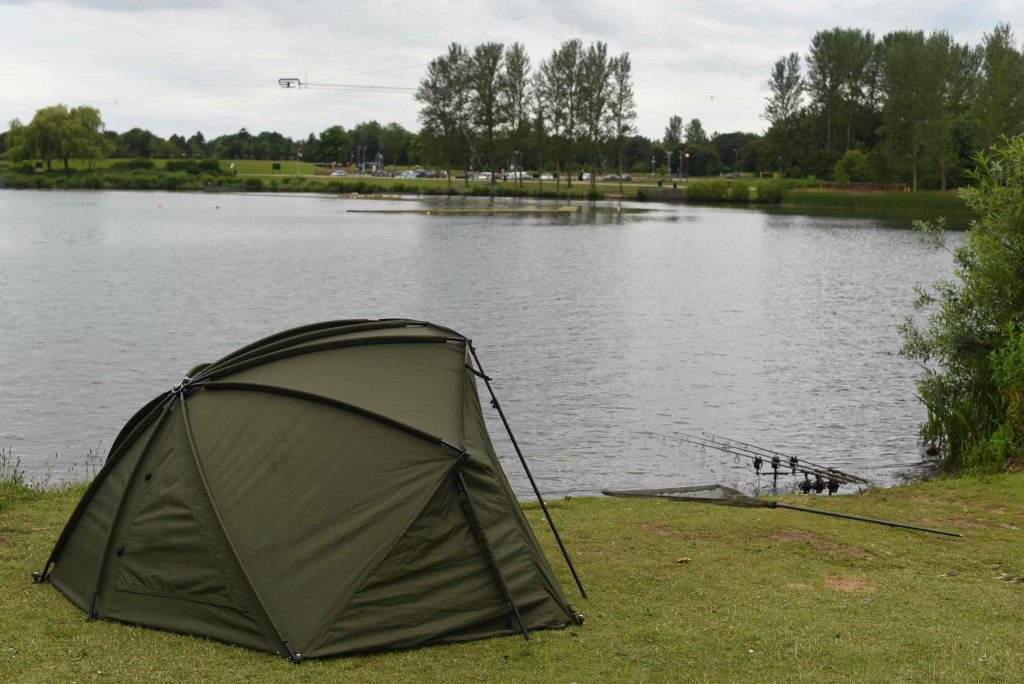 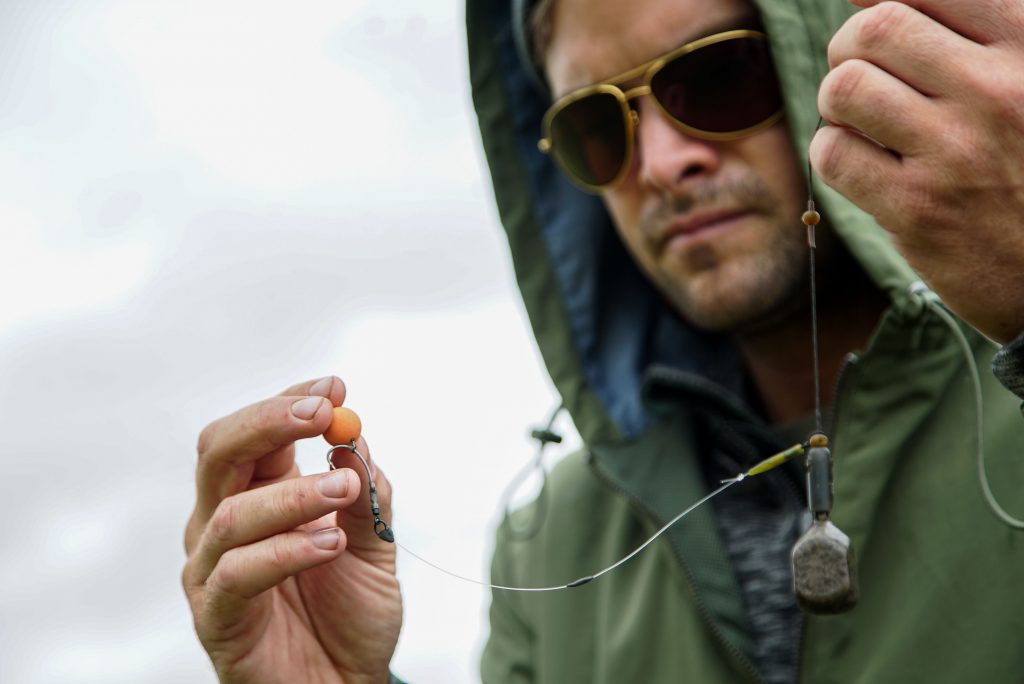 What bait should you use?

Be very careful with bait. The pit is absolutely heaving with huge bream, by that I mean specimens to 15/16lb.

Such fish easily snaffle 15mm baits and I have had some very tiresome nights reeling in bream after bream, which isn’t fun when you are targeting carp.

As a result, I employ 18mm+ sized baits and even though the bream will take these, they find them a lot harder to eat. I also like to use harder baits, as once again the bream find them tricky to eat and digest.

When pre-baiting, I mix the 18mm with jumbo tigers, as more bream prevention.

In fact, my biggest carp from there fell to a home-rolled Live System pop-up with extra Maple, over the top of Live and peanuts. 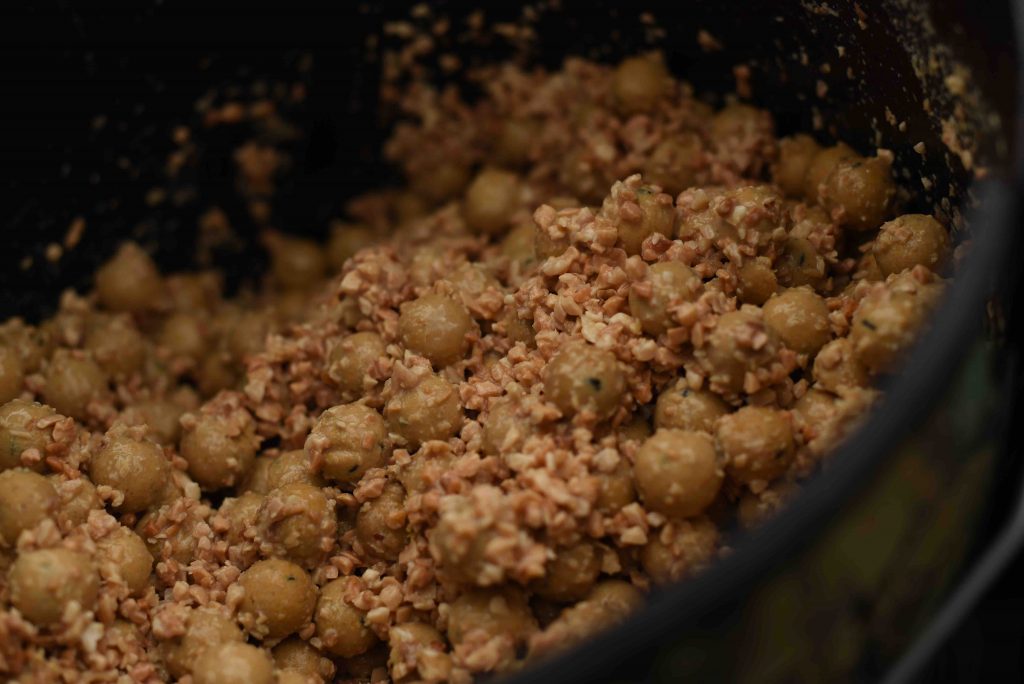 A couple of Jimmy’s diary films including my Willen adventures

Rule on boats: No boats of any kind
Is night fishing allowed?: Yes
Rules on hook/type: Any pattern or size
Barbed or barbless?: Either
Unhooking mat rules: Compulsory
Out of bounds sections: Restaurant bank and skii bank ALL out of bounds to anglers
Bait rules: None
Fish care rules: Unhooking mats compulsory
Parking rules: None, park in public car parks and pay the fee
Rig rules: Safe ones
Can I use spods/spombs?: Yes
Can I wade to land fish?: Only to knee depth
Are dogs allowed?: Yes
License rules: Rod license required

You’ll need these for your trip! 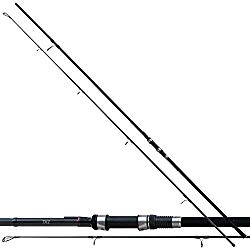 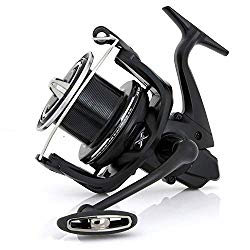 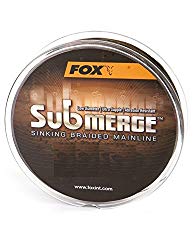 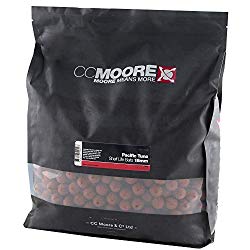 Willen is always a special place to me because my current personal best is from there. Although demanding, there really are some truly incredible carp in there, including some that are as old as the hills, with a very impressive head of beautiful, scaly backup fish. I will fish it in the future because there are still some amazing old carp that I haven’t caught as yet.