If you are looking for a Bulgarian carp fishing holiday that's relatively close to the beach, Arnaut Dere is a great option.

The lake is around 15 acres at a guess, but set in the stunning Bulgarian countryside. You drive through a quaint little village which leads you up to the track. A short journey and the fields open up into a very peaceful, private lake full of big carp!

To contact and get details about booking you’re best looking on – https://arnautdere.com

If I went again, I think I would fish for a few nights and then have a bit of a holiday on the coast which is half an hour or so drive with the family.

My Adventure From The UK To Bulgaria

It was on a dreary, rainy, typical UK day that I received the text message from Petar Voykov, inviting me to fish at one of Bulgaria’s flagship fishing lakes – Arnaut Dere. Immediately imagining hot, sunny weather, filled with huge Bulgarian carp, my fingers couldn’t type quick enough with my acceptance of his offer!

And so, a few months later, I was boarding Whizz Air, bound for Varna airport. Due to the cracking facilities, all I needed to pack was clothes, fishing tackle (essential items), bite alarms and reels. Bedchairs, rods, bait boats and bait were all provided.

After a short flight, I was greeted by a bleary-eyed Petar in the early hours, around 2am. I slept for the remainder of the journey in his car and was awoken as bumped along the meandering cobbly road that leads to the amazing lake.

By now, it was just getting light, and I was greeted by the lush, green countryside that surrounds this incredible lake set in a small valley. The lake itself is around 15 acres at a guess, with a dam at one end. This end is where we were to begin our adventures. It is slightly deeper and notorious for producing the bigger carp.

I was pretty shattered that first day and so I decided to recharge my batteries and sleep for a few hours in the cosy fishing huts that are provided on site, in each swim. Feeling fully fit again, I decided to start getting the rods ready.

I was situated in a swim that gave me access to a small island at around 200yrd plus a chunk of open water and also a huge area of margins to my left which saw an out of bounds bank. Anglers were allowed to fish to this, but not off of it as there were no swims. To me, this screamed carp and so one rod was positioned here, whilst the other two were out towards the dot island.

Due to the amounts of big fish I opted for very simple rigs – complete with a large size 4 Korda Krank hook, and a snowman rig comprising an 18mm bottom bait and 15mm pop-up. These were the awesome smelling CC Moore Pacific Tuna. 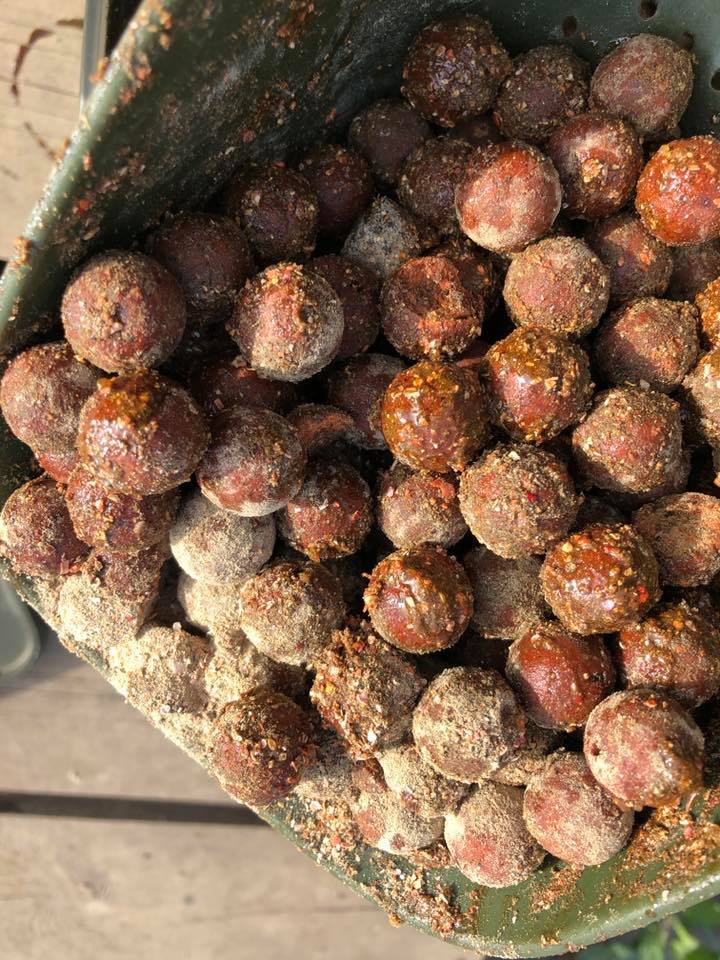 I had the rods out until around 2pm, the sun was starting to soar and I started to get itchy feet about the location of my swim as I hadn’t seen much activity. This is typical of my style of angling. If the fish aren’t there, I don’t hang around.

I left Petar in charge of the rods and had a feeling that the fish may be sunning themselves at the shallow end of the lake. This area boast very shallow margins around 3/4ft in depth, a large foot bridge and also some marginal cover so it screams carp!

I sat on the wooden jetty with my eyes fixated on the water and it wasn’t long before a carp porpoised out the water, followed by another, and another shortly after. They were here, and in numbers too!

I couldn’t have got back to the original plot quick enough. After quickly organising my tackle, I was soon strolling back to the shallows with three rods, bait and a few rigs. Using the boat, I drove it out to where I’d seen the fish showing (very close to the opposing margin). I had no buzzers with me, so decided to simply lay the rods on the floor. They were big fish and so if I had a bite, I’d know about it.

It didn’t take long, just ten minutes or so before one of the rods melted off and I was soon latched into a hard fighting Bulgarian common carp. My first one ever and what a glorious specimen she was.

This was the beginning of some frantic action and over the course of the next few days I managed to land over 20 carp with the biggest breaking the magical 40lb barrier. Although I was slightly unlucky with the size of the fish (with Petar landing them to 53lb), I was absolutely ecstatic with my results.

It is quite a strange lake. It feels almost lost in time a bit. In my opinion, it isn’t luxurious, but it is comfortable and there are some very very big carp to be had, with a load of bites. If I went again, I think I would fish for a few nights and then have a bit of a holiday on the coast which is half an hour or so drive with the family. It is perfect for a very short stay, to then move on and have a lovely holiday in sunny, hot, Bulgaria. 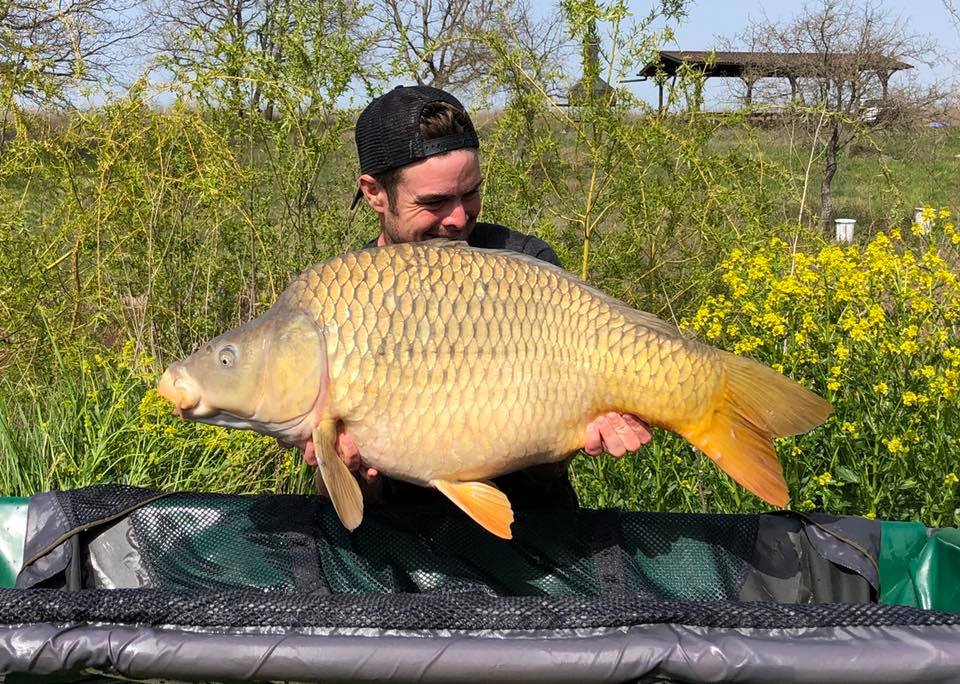 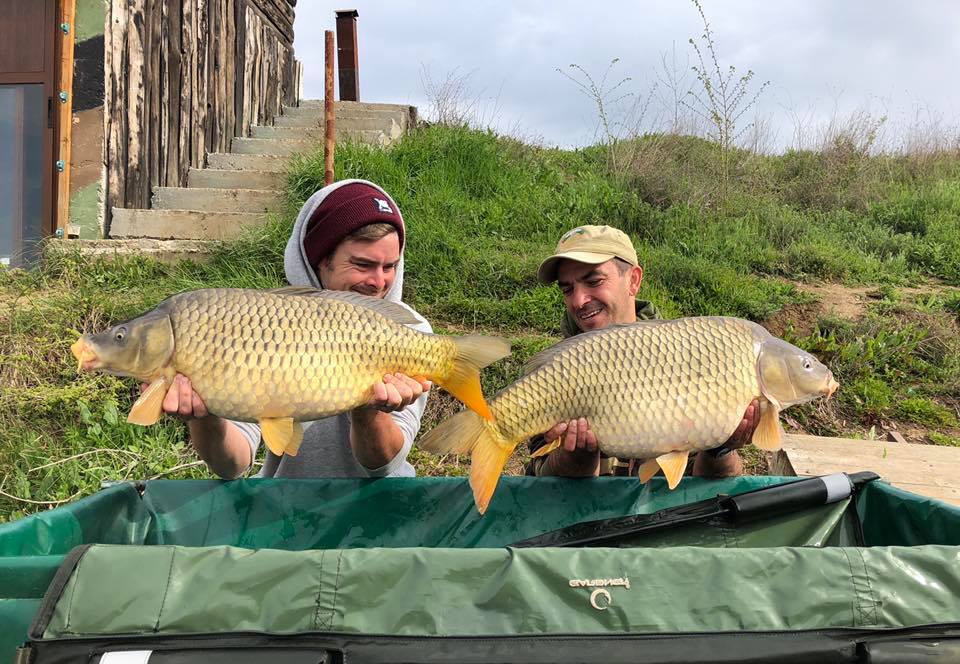 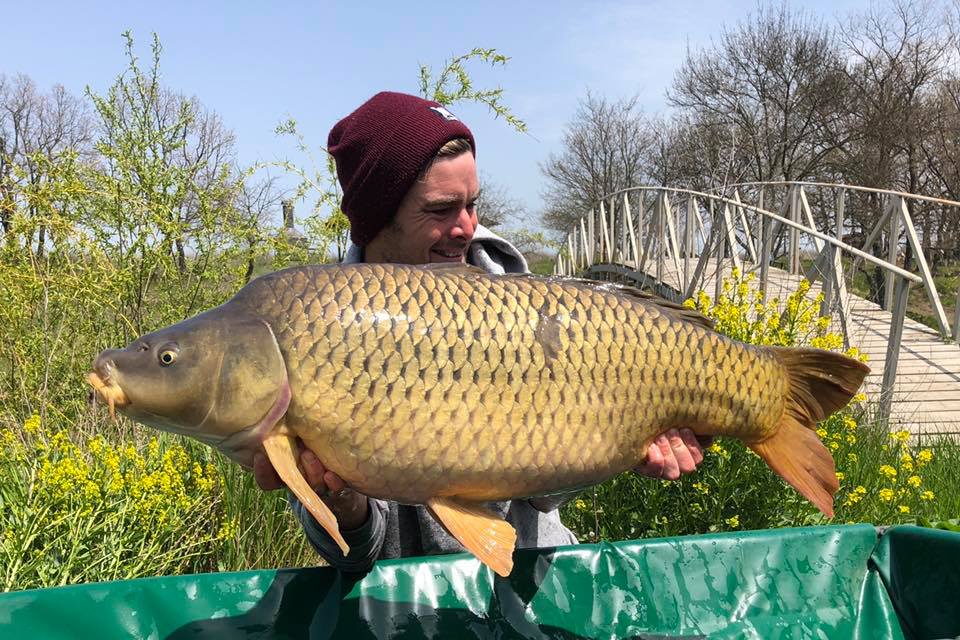 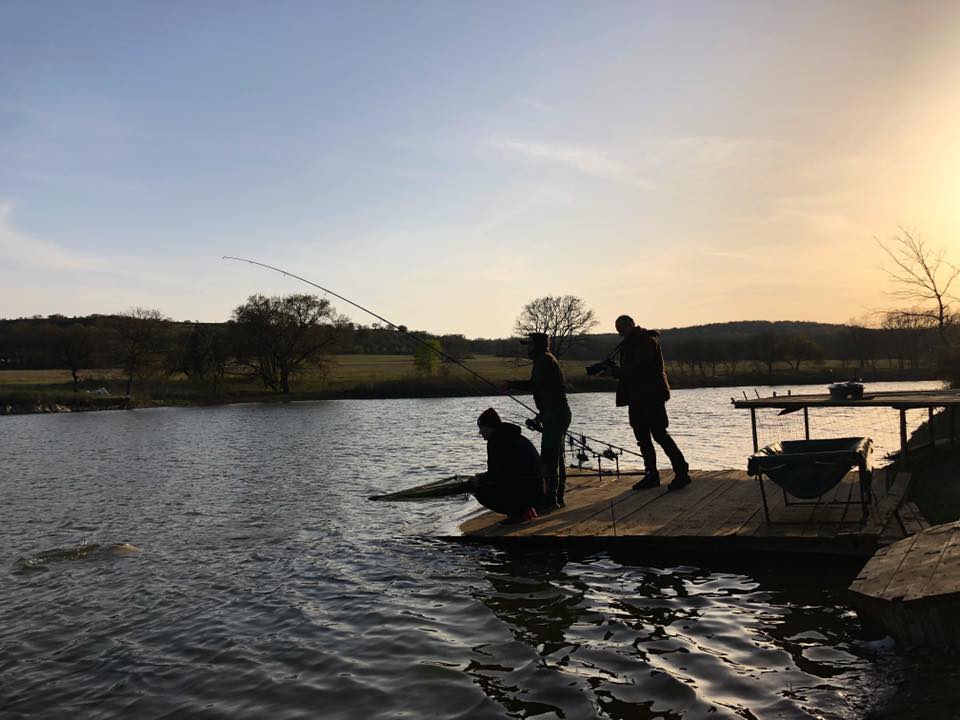 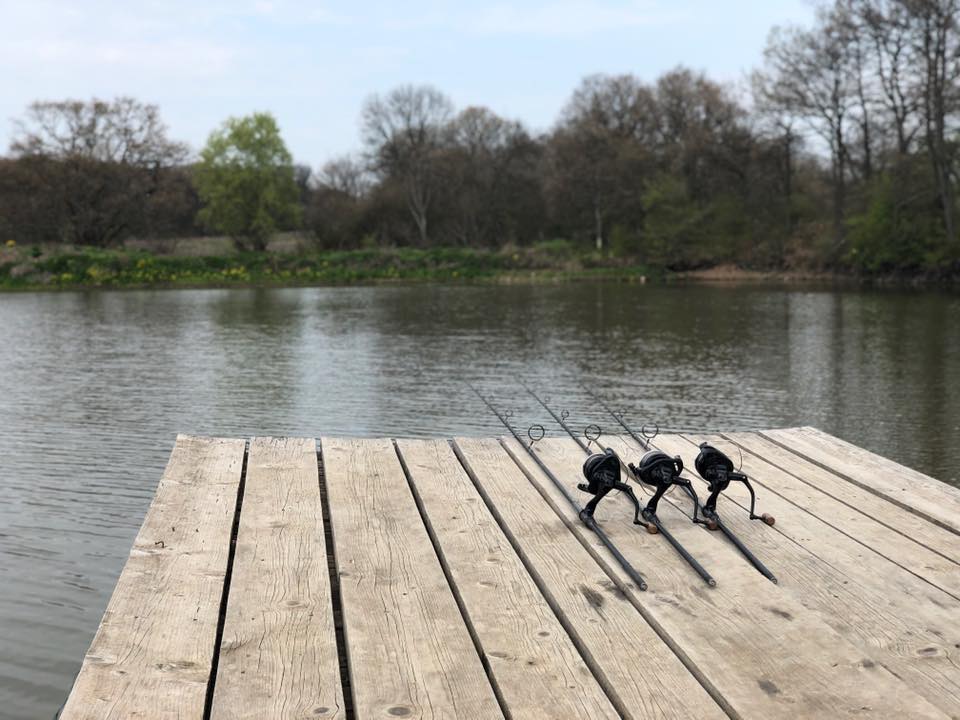 A prolific holiday carp venue in a pretty part of Bulgaria. A great place to mix up some fishing with a family holiday.