A feature-rich popular venue within easy reach of Calais, some lovely fish and a great vibe.

How busy is it?: Exclusive bookings but often not available.
Can you drive to the swims?: All of them to drop your kit off only.
On site facilities: Showers, fridges and freezer.
Average size: 30-40lb.
Max realistic size: 70lb
Realistic catch rate: 1-5 per day
Best swims: Beach, Lilly's and Pierres.
Best method: Scattered boilies and bait boats.
Best bait: Boilies and pellet, lake variety or Live System.
Ideal fishing range: 50-120 yards
Skill level to catch: Beginner-Intermediate
Location: Vitry-le Francois, France

Formally known as Etang Dues Pierres, this cracking French lake is a firm favourite amongst those looking to combine some great fishing and a comfortable holiday venue.

It’s not a serious venue, though it has some serious fish in it’s set up like many French lakes, tailored to the UK carp fishing market.

Firstly something that I should mention: having fished Lac Du Tard 5 years running when it was called Etang Deux Pierres, I haven’t been back since it was sold. The last owner was amazing and really went the extra mile if you wanted it. Now, Lac Du Tard is owned by a family who have a couple of other venues in the area, so I assume it has been maintained at its previously high standard, but I’m not certain.

Lac Du Tard is a feature-rich French lake, 14 acres in size and with a great head of about 250 stunning carp (and Sami the sturgeon), they’re not the usual massive-bellied French pasties (at least they weren’t).

Take a look at some of it’s residents, I can safely say that these stunners are not rare at all, most of the fish are winners. 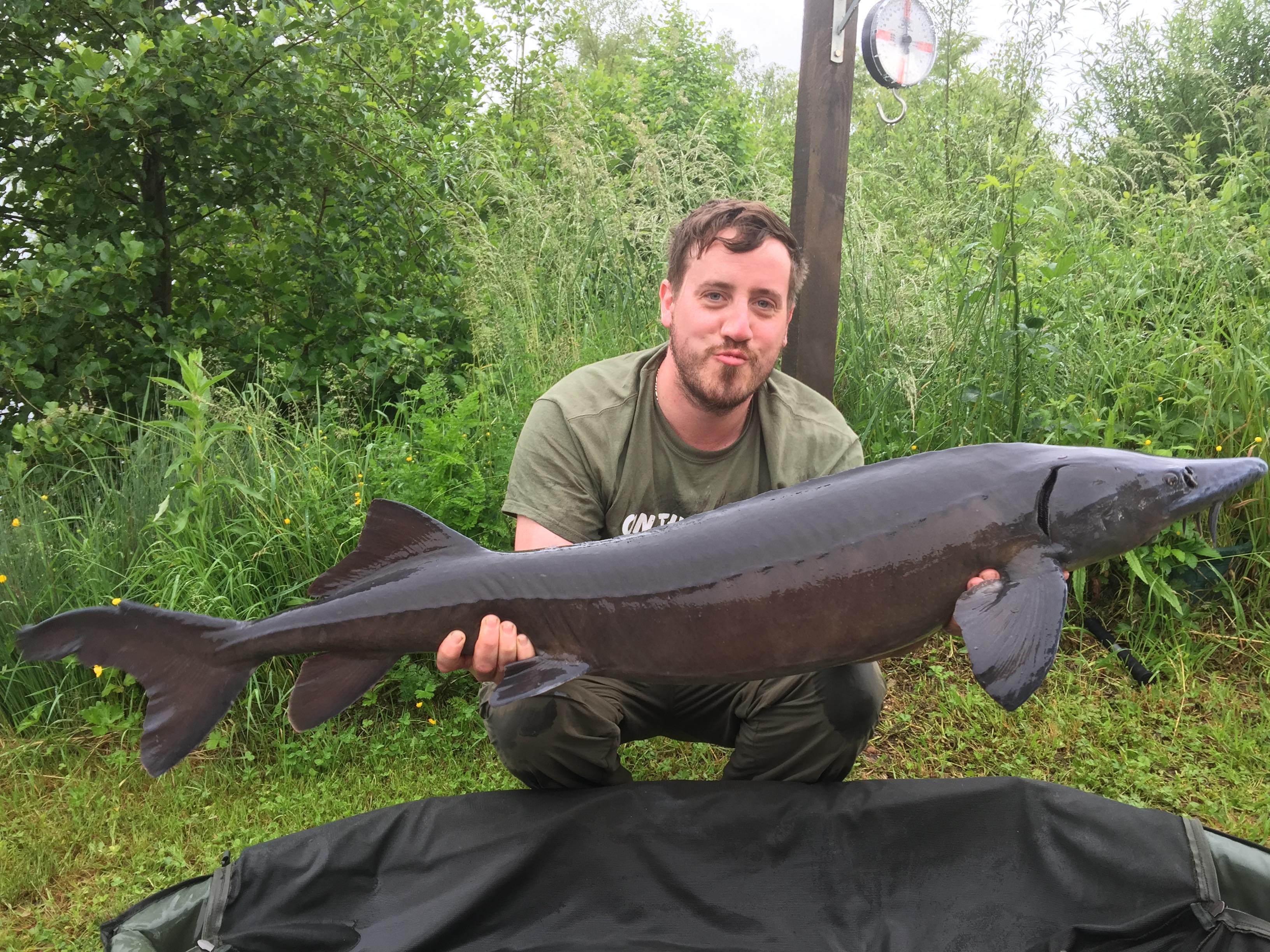 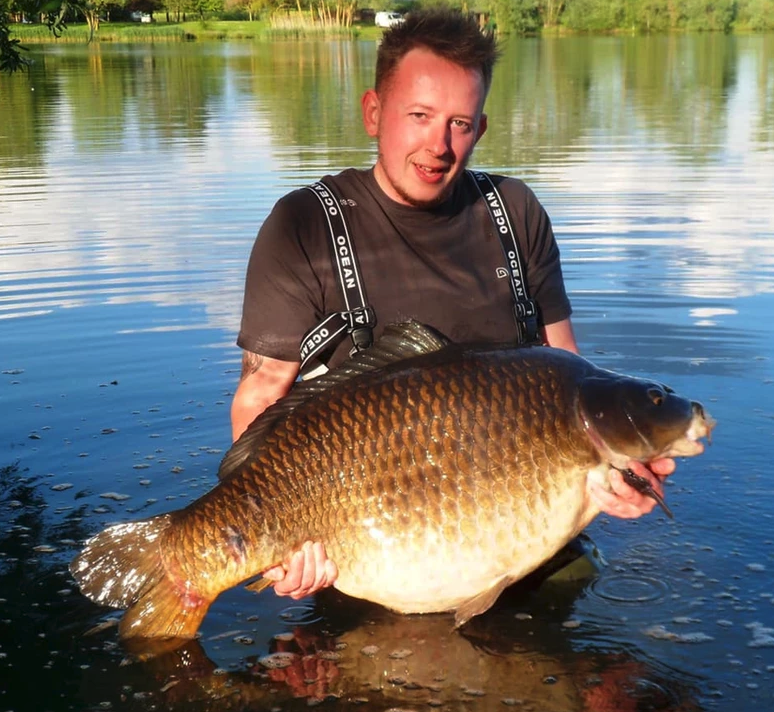 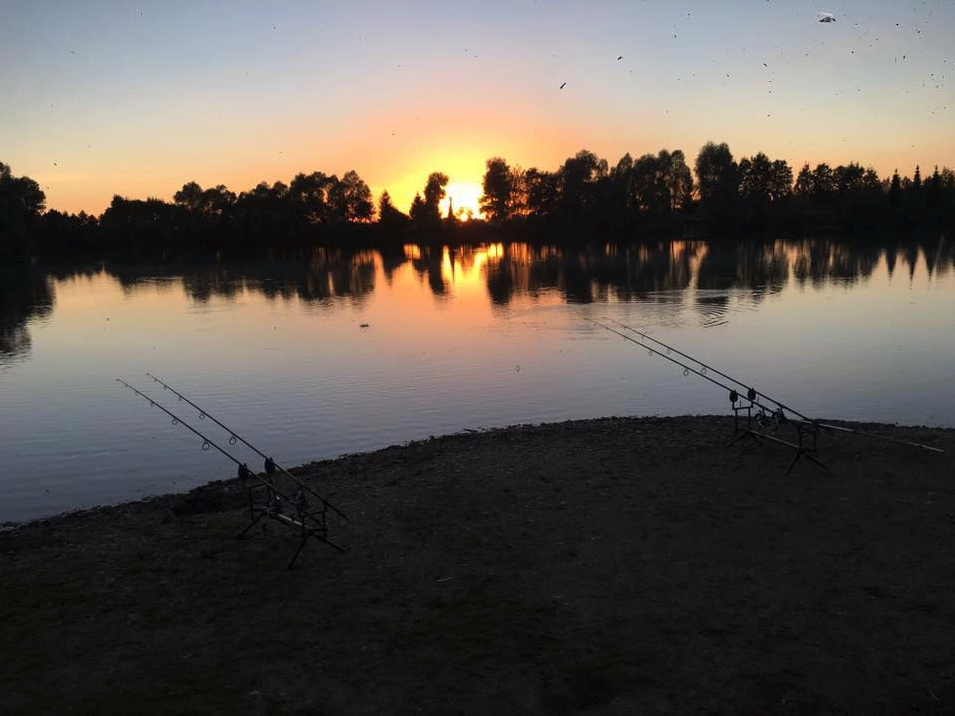 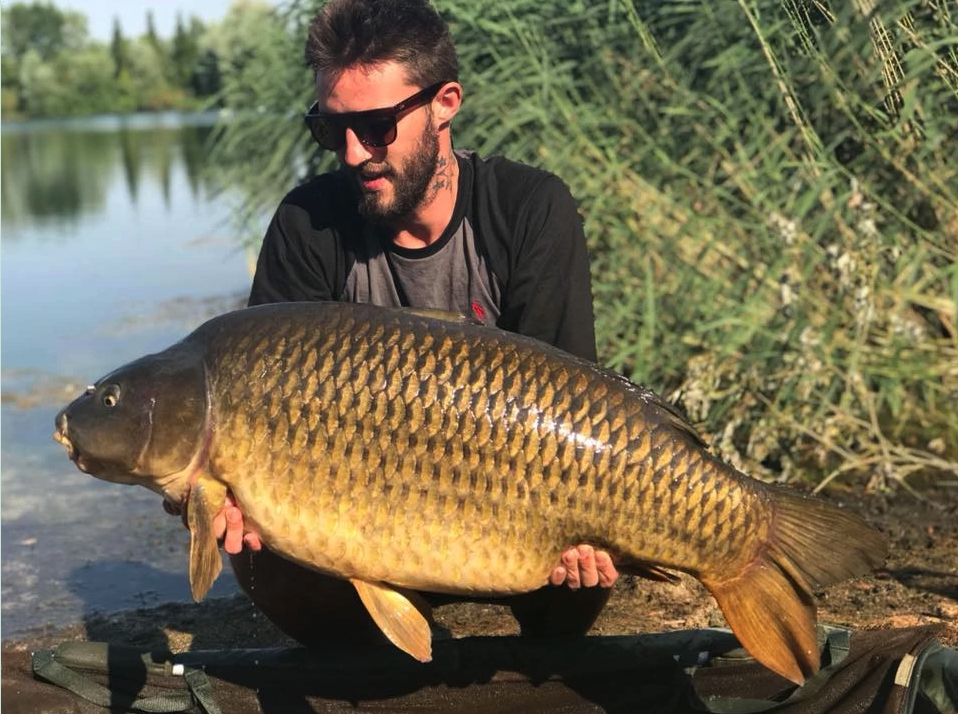 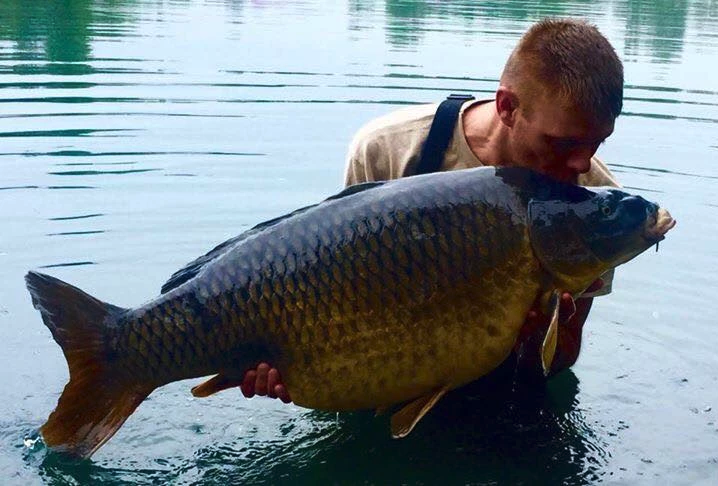 How much is Lac Du Tard

You can take friends up to 10 anglers though, so the price could be as little as £250 a head, which is very good value for a lake of this calibre.

An easy commute from Calais of about 4.5 hours if you keep your foot down and stop briefly.

I can’t comment on the food packages as it’s new people but for a couple of hundred quid you can keep yourself fed for the week, and there is a McDonalds within easy reach, bonus.

How should I fish Lac Du Tard

The first time I fished it I was with 8 other anglers who were all going for one fish at a time and only took a few kilos of bait with them so I hammered it. 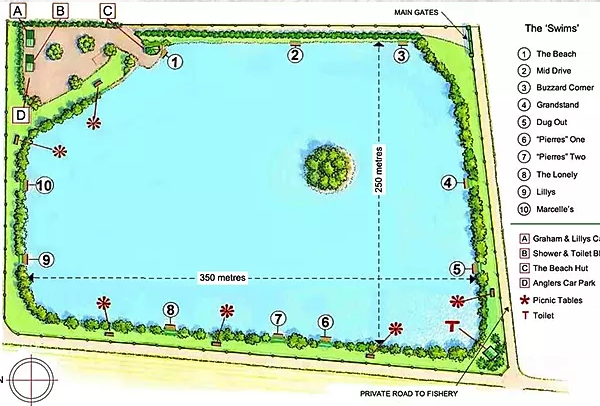 I took over 100kg of boilie and started fishing over about 15kg, topped up every day using a throwing stick – it hurt.

The boilies were scattered along a narrow channel of about 3-4m wide, it stretched probably 50m from one end to t’other.

A brutal approach I know, but it worked, I banked 36 fish in the 6-days fishing with half of those coming in the last 36 hours.

There were fish on me from the get go and if I switched to different rigs and approaches quicker, I would have had more.

Tactics wise I used to use what is now called a Spinner rig, with a big hook and single bright hookbait with good success. A snowman works equally as well, as does matching the hatch with the boile topped with a piece of fake corn.

Keep it simple, strong and more importantly be accurate, there are many holes in the weed and you need to find them.

When should I go

As late in the year as possible, they spawn fairly early at Lac Du Tard and you’ll often be met with the dreaded spawn time in April or May, again in June and maybe again in t he next month or two.

You will run that risk at just about every lake in France though, so don’t let it stop you, check out the previous years catch reports and you’ll be able to spot the common spawn times.

What bait should I take

Take the best bait you can afford, if you can get CC Moore then I would start there, for me it’s got the best catch record around.

The live system with a touch of fruity extract added has always worked well for me. I couple this with the feedstim XP liquid to preserve it longer on the bank (you heard it here first).

Alternatively you could safely use the lake bait, which is the Cell now, a similar make-up to the Live System but that small tweak might make you stand out.

I would stick to boilies personally but take a pellet approach too, if you end up in the Beach swim you have a lot of open gravel to go at and boating out pellets to the edge of the weed or the shallow strip in the warmer months works a treat.

What are the best swims at Lac Du Tard

The Beach is the most fished, so naturally it holds fish at most times of the year because of the supply of bait going in, it’s usually the first choice.

I’m not a fan, it’s too open for me and I’m not one for sticking to the norm, I’ve fished most of the pegs but spent the majority of my time in Lilly’s.

For me it’s the best swim on the lake, especially if no-one is the Lonely peg, which is often as it’s a small spot.

I love that peg, it controls a lot of water as Marcelle’s next door is rarely fished too, the wind pumps in to your right corner constantly and you can catch fish right off the bank.

There used to be a long strip of gravel at about 80 yards (if I remember), it’s probably still there, it runs from near the lonely peg straight across to the beach and was a hot spot for fish, they would roll there all day and feast up on the naturals blown in to the corner which was covered in overhanging trees.

For me the island pegs were a bit of a pain to fish, if I could fish them accurately and consistently I would but I like to fish beds of boilies scattered and only the back peg or two is within throwing stick range, I’m not a fan of bait boats.

But there were always fish right up against it, many people choose to fish a few yards off it, but don’t be shy and get right up tight especially on the shallow gravel side and you’ll be banking fish regular.

Most of the pegs produce fish regularly, the wind and angling pressure really moves the fish around so if there are any spare pegs during the days take a rod or two and walk around, you’ll put a few extra fish on the bank while everyone else is bathing in the heat.

The Beach seems to be the only peg to regularly produce fish at all times of the day, so I wouldn’t fish 11-3pm, though you get the odd one we found resting the pegs during the day and wondering around paid dividends especially later in the week. Or use that time to hit the local Maccy’s.

Though I think the name is hilarious and it sounds more like a ‘special’ lake, it is actually a very special lake that will have several 70-pound fish in it by the end of 2020.

One of my favourite venues in France and although I haven’t been back in a couple of years, I will definitely return at some point.

I would thoroughly recommend Lac Du Tard for anyone looking for a laid back venue to kick back and get a bend in the rod. There is every chance at some big hits of fish for those who work hard too.