Carp love a particle bait, they have many uses, here are my top particle baits and why I employ them into my angling

Particles always seem to be a bit of an afterthought to many, with boilies and pellets by far the most popular of baits, and with good reason, they are superb carp catchers. However, never disregard a particle bait, especially in the warmer months, they can be deadly, even more so if the water you are fishing is dominated by boilie anglers. That something a bit different can get you catching when the standard tactics are failing.

I think that one of the biggest reasons they are not used widely, is due to the fact that the preparation can be time consuming. Dry particles need soaking and boiling and if you are going to use them in bulk this is by far the best and cheapest way. However, effort equals reward, and those hours spent cooking could result in several extra carp on the bank. For me, there’s no excuse. If you’re ultra lazy, though, you can of course go for the ready-prepared, jarred particles which are great, but there’s nothing like prepping your own fresh versions. In this piece I want to discuss my top five particle baits, particles that I have used for years.

This little particle is a very nutritious seed that the carp love. Many anglers believe it is so successful as carp can mistake it for tiny snails. It is oily and very crunchy to eat. Be careful with hemp because it is a particle that can easily preoccupy the carp, they litteraly rip up the bottom when feeding on it. As a result, it makes a superb particle for prebaiting and cleaning off spots. Use it in large quanities to prebait, but be careful not to overload in when fishing. A little tip is to use it in conjunction with water snails, they make a great salty combination, especially with added hemp oil. 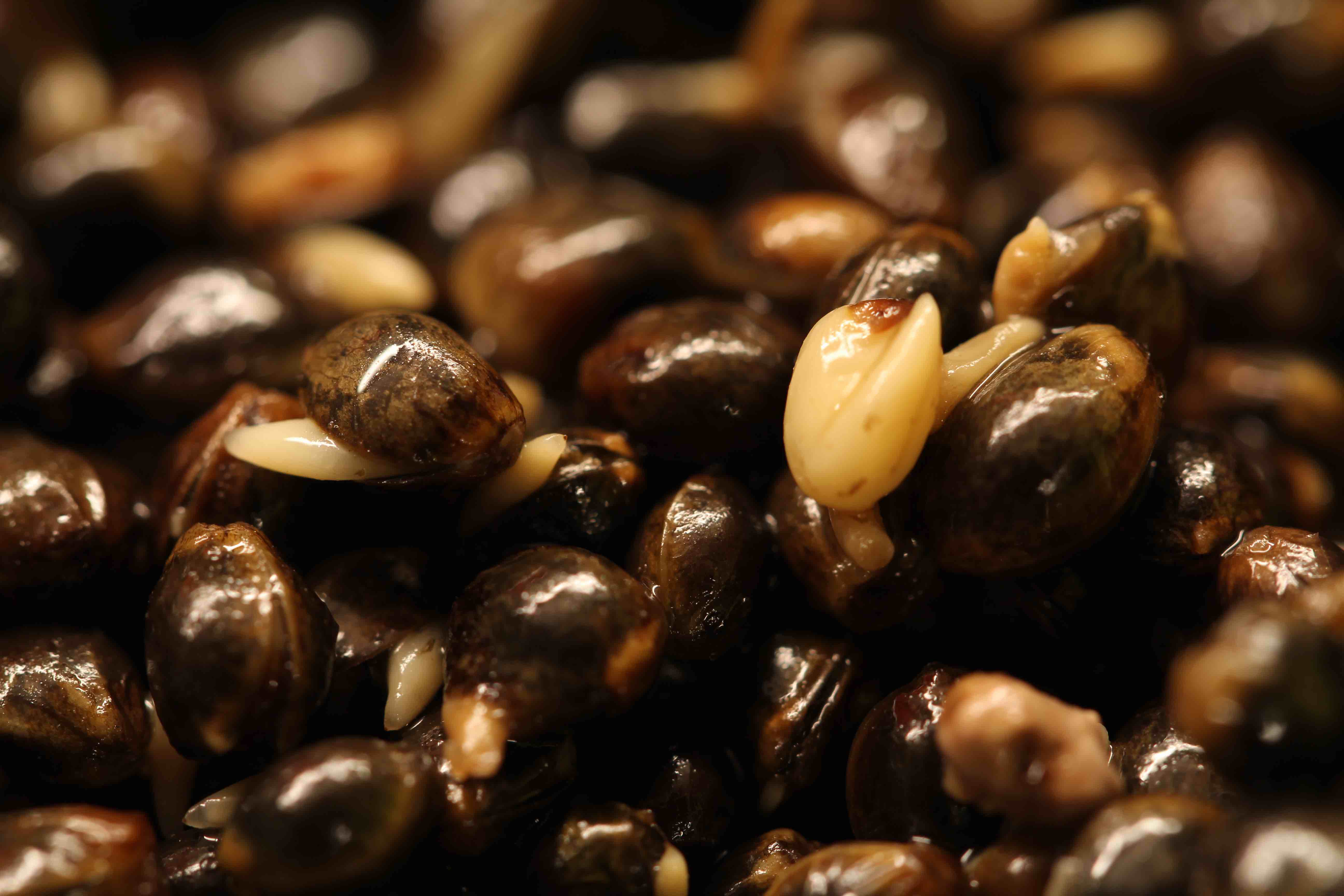 Growlers as I like to call them are an incredible, sweet-tasting, crunchy bait. There aren’t many carp that won’t take a tiger. They are naturally sugary and maybe it’s this that the carp find so appealing. Contrary to belief, I actually find that all species love tiger nuts, so when people say it deters fish such as bream etc, I can assure you they don’t!

Tiger nuts are very hard in texture, thus making them a great hook bait. Try drilling a large nut out with cork to balance on the hair. Unlike hemp, you don’t need to go overboard with tiger nuts, a handful over a hook bait is more than enough to entice a bite. 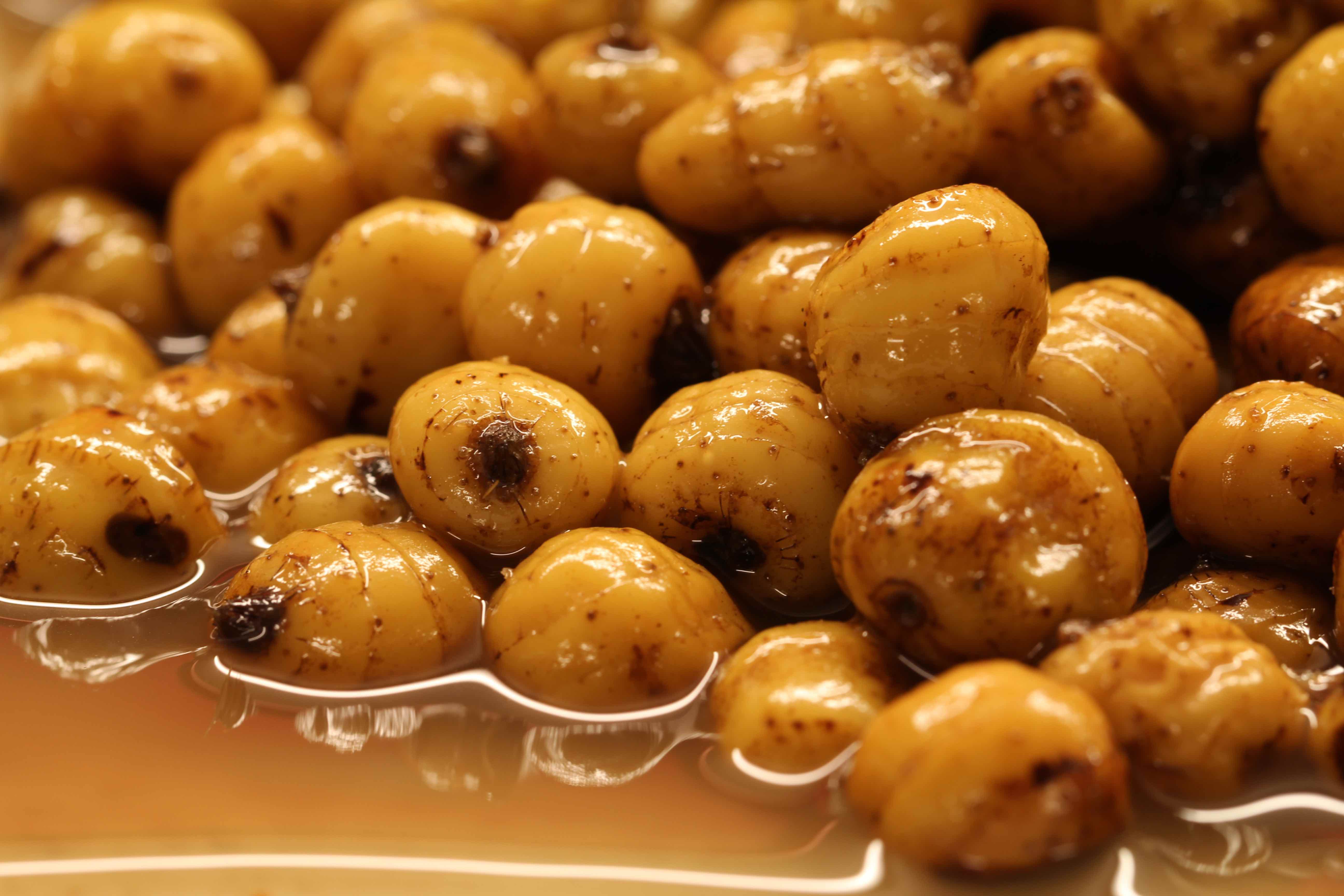 A cracking particle and a cheap bait too. Maize is widely used by fish farmers across Europe to feed carp and grow them on. Maize can draw the carp in, in numbers. They can eat it by the bucket load. I’m not sure why, but they just love it. Quite often when carp are eating heavy loads of maize, it seems to pass through them very quickly and easily. I have often found them excreting maize, pretty much in tact as they fed on it, crazy really.

For me it’s probably the colour that makes it so attractive. It is a bright, vibrant yellow that stands out on the lake bed. A big bed of maize is very hard to ignore.

Probably my favourite particle hook bait. I have caught some lovely old carp, wise mirrors that would disregard boilies, on brazils. They are incredibly oily. Just drop a brazil in the edge and you will notice the oil oozing from the nut. Brazils don’t need to be used in large quantities either. A little bag of brazils leaks so much attraction.

The thing I love most about a brazil, is the fact that it is very neutral in its buoyancy meaning that it can be presented beautifully  balanced on a rig. With the addition of a tiny sliver of cork you can have it literally hovering off the shank with the hook laying on the lake bed.

A crunchy, salty little nut that once again the carp absolutely love. I have never experimented with using peanuts on the hair, I tend to use them as part of a particle mix, mixing chopped peanuts with hemp, tigers etc. The chopped peanuts are a lovely creamy white colour and just give some variation to the colour of the mix. I do know friends who have done particularly well fishing peanut halves on the hair, but I’ve never tried this. Make sure you prepare them correctly and use in moderation!

There aren’t many carp that won’t take a tiger.